LAS VEGAS, Nevada, Jan. 9 (Yonhap) -- The Consumer Electronics Show (CES) long was a tech expo reserved for home appliances and gadgets, although that barrier has been breached in recent years by carmakers and software firms.

A small theater inside the Las Vegas Convention Center allows people to experience movies as if they were reality.

The 4DX Screen is a small auditorium and a booth run by South Korean cinema technology firm CJ 4DPLEX Co., a CES debutant.

"This small theater can accommodate 24 people and all of our 60 screenings yesterday were sold out," Kim Dae-hee, a manager at CJ CGV Co., a parent company of CJ 4DPLEX and South Korea's largest cinema chian, said Thursday. "It's more than what we've expected at CES." 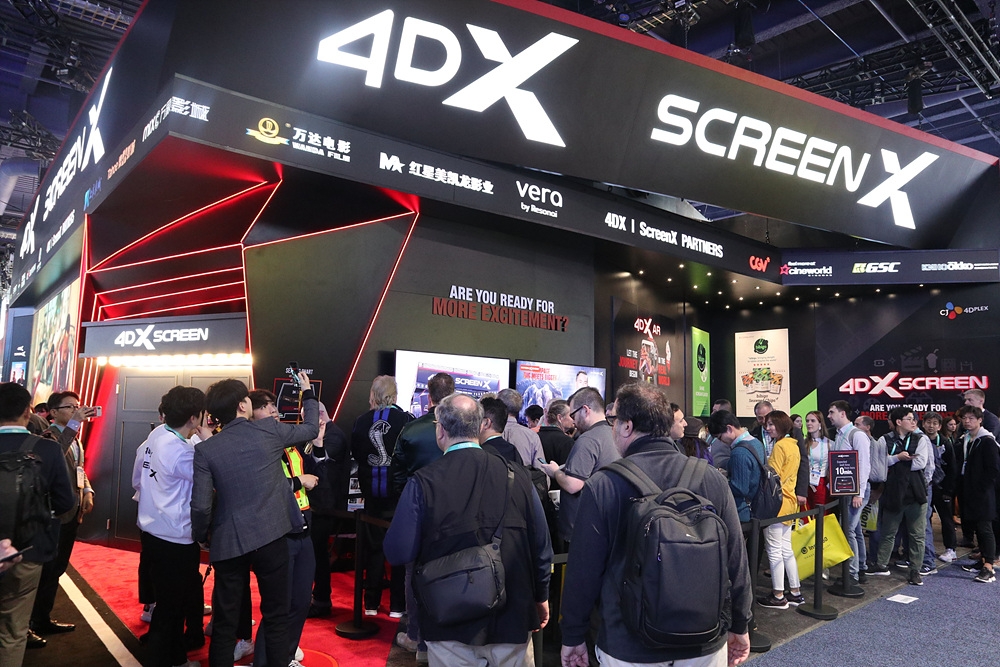 When people enter the auditorium, they can first notice four screens: front, both sides and the ceiling.

The trapezoidal side walls of the auditorium are designed to diminish image distortion and provide better panoramic viewing excitement, according to CJ 4DPLEX.

The ceiling screen is the most unique feature of the 4DX Screen and for a first-time audience it may be difficult to adjust to this vivid experience.

According to the company, the seating system reacts to more than 22 different effects.

The audience can smell a forest, feel the wind and, for example, through moving chairs, feel the motion when a bird picks up the main character in the animation film "1inch." 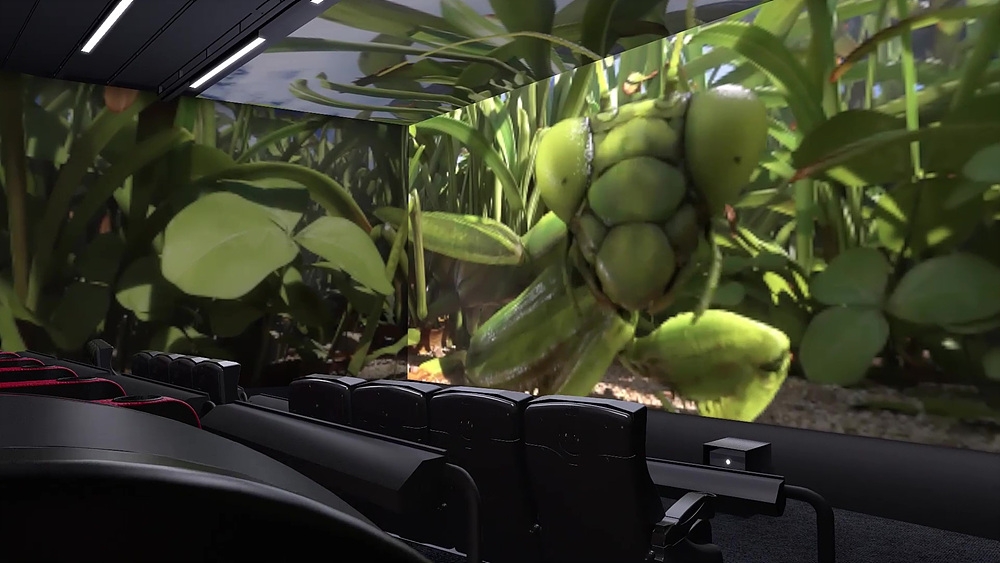 CJ 4DPLEX said its new theater concept is a blend of the company's various cinema technologies from multi-projection to a motion seating system.

"Those in the theater industry already know we're are the leading company in cinema technology, but this is CES, not Cinema Con," said Yang Joon-suk, who leads CJ 4DPLEX's brand marketing team. CinemaCon is the largest annual movie convention, which also takes place in Las Vegas.

"Through CES, we wanted to let people know South Korea has this innovative film-projection technology and hopefully further expand our presence in the United States, one of the largest movie theater markets." 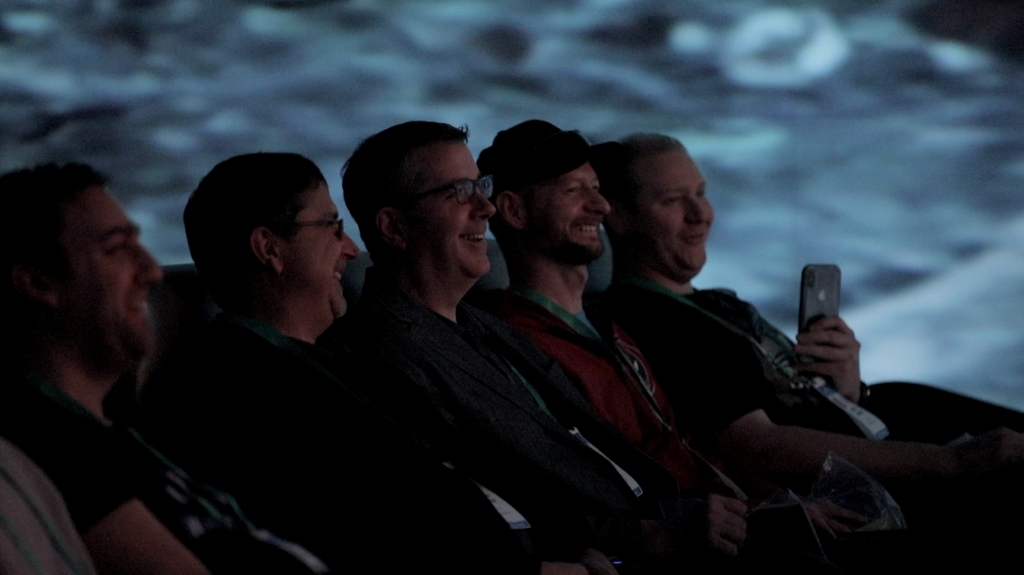 CJ 4DPLEX hopes its latest technologies can bring back more young moviegoers to theaters against ultra-sized TVs, a key electronics device for creating home cinema and one of the main items at CES.

"Many people are now interested in having a giant TV to get a feeling of a movie theater, and that's why the theater industry has come up with something more differentiated and more entertaining," Kim at CJ CGV said.