Second-half sub Lee Dong-jun scored in the dying seconds of the otherwise dull match, as South Korea defeated China by the narrowest of margins to begin Group C action at the Asian Football Confederation (AFC) U-23 Championship at Tinsulanon Stadium in Songkhla, Thailand.

Lee, the 2019 MVP in the second-tier K League 2, converted a pass from his Busan IPark teammate Kim Jin-kyu for the last-gasp winner.

This competition doubles as the continental qualification tournament for the 2020 Tokyo Olympics, with the top three teams here to compete in Japan later this year. 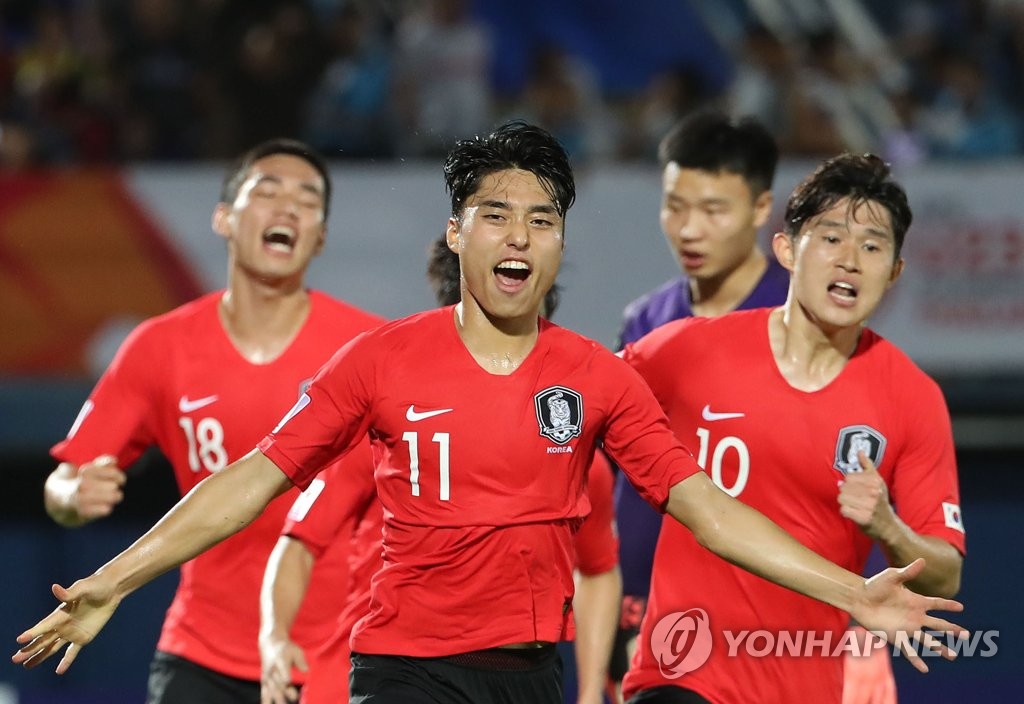 Earlier on Thursday, Iran and Uzbekistan played to a 1-1 draw.

Coached by Kim Hak-bum, South Korea are trying to make it to their ninth consecutive Olympics. They played at the 1988 Seoul Olympics as the host country and then qualified for the next seven Olympic Games. The bronze at the 2012 London Olympics remains the country's only medal so far.

As the more talented side, South Korea had little trouble generating scoring chances, even as China, predictably, tried to tighten things up in their own zone and mount counterattacks.

South Korea had their first dangerous chance in the 14th minute, as Oh Se-hun's header off a Kang Yoon-sung cross bounced just wide of the right post. Three minutes later, Lee Dong-gyeong shot one over the net.

Following the ensuing goal kick, Chinese striker Zhang Yuning nearly gave his team a surprising lead, as he sent a well-struck shot past the right post.

At the other end, Chinese goalkeeper Chen Wei single-handedly kept this a scoreless affair. In the 22nd, Kim Dae-won stepped into a right-footed shot near from near the penalty spot, only to be denied by Chen.

Six minutes later, Chen made another outstanding save to turn aside a close-range shot from Um Won-sang. 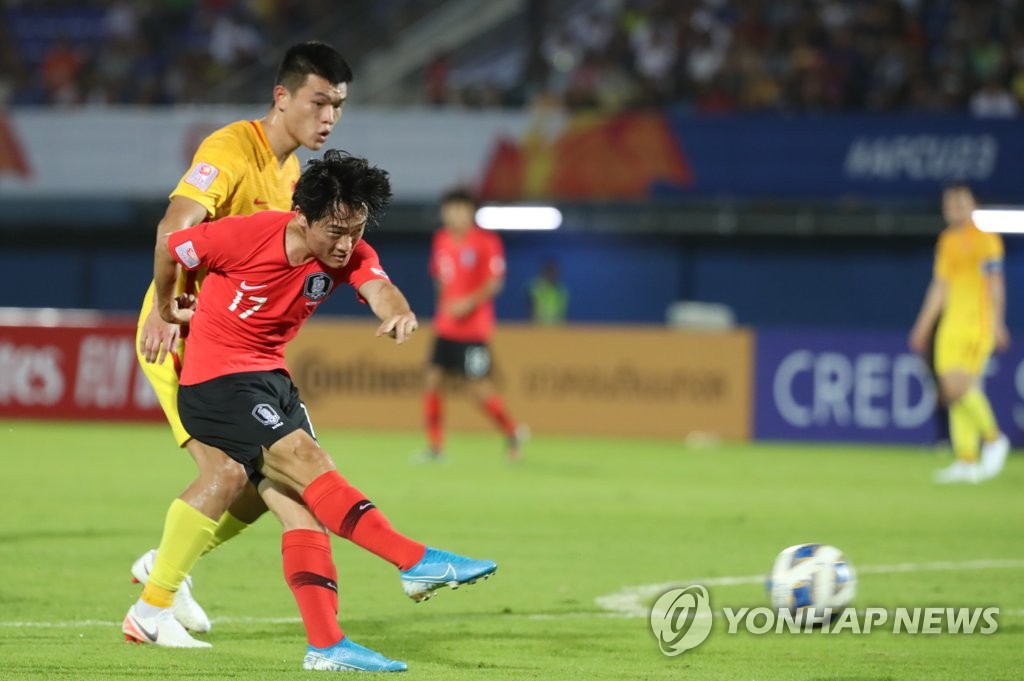 China knocked on the door three minutes into the second half, with Yang Liyu, who replaced injured starting forward Zhang Yuning in the 43rd minute, tested Song Bum-keun in the South Korean net from the center of the box.

South Korea continued to spend much time in the Chinese zone in the second half but failed to create any quality chances.

Second-half sub Kim Jin-kyu put on a decent header in the 62nd minute, and Chen got a piece of the ball with his fingertips and sent it over the crossbar.

But for the rest of the match, South Korea's offense stagnated, while the pesky China pushed back a bit harder.

Just when the match seemed headed for a scoreless draw, Lee Dong-jun, who came on in the 58th minute, delivered the winner for South Korea.

With the clock ticking down, Kim Jin-kyu sent a desperate pass from the center of the pitch toward the Chinese box. Lee collected the ball on the right side of the arena and cut toward the middle before firing it into the left corner of the net.

The dramatic goal salvaged three points for South Korea, who barely avoided getting held goalless by perhaps the weakest team in the group. 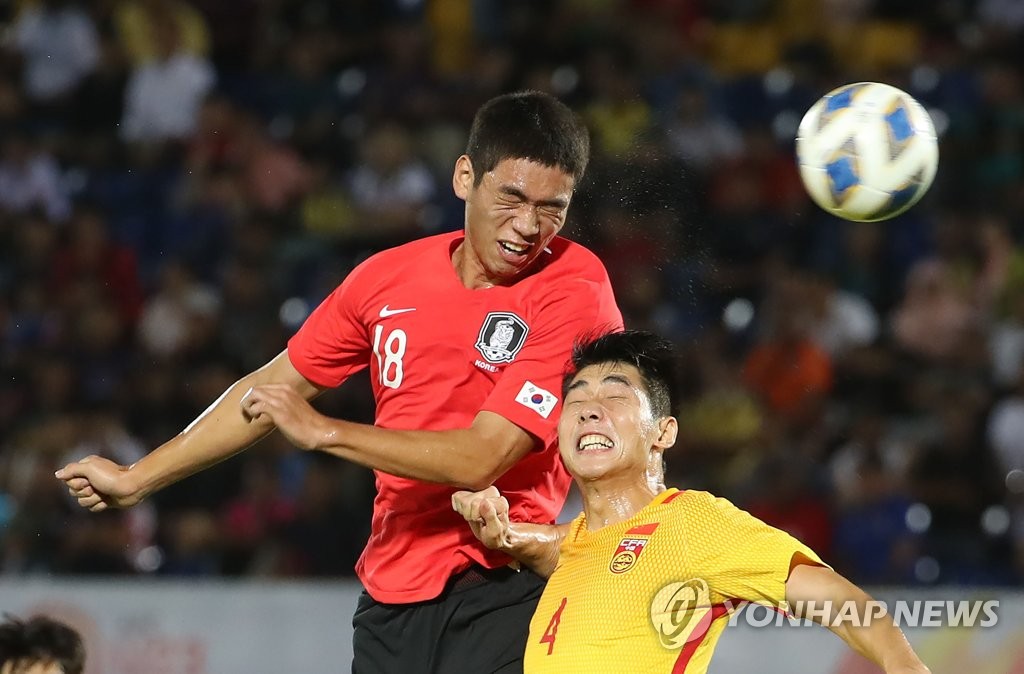