SEOUL, Jan. 10 (Yonhap) -- South Korea is closely monitoring tensions in the Middle East, although a conflict between the United States and Iran is not escalating, Finance Minister Hong Nam-ki said Friday.

Hong said volatility at local financial markets showed signs of easing as the U.S. and Iran moved to defuse tension, but uncertainties remain.

The government is "closely monitoring the situation and will take actions if necessary," Hong told a meeting with economy-related ministers.

However, Hong said there is no short-term impact on South Korea from the Middle East tension. 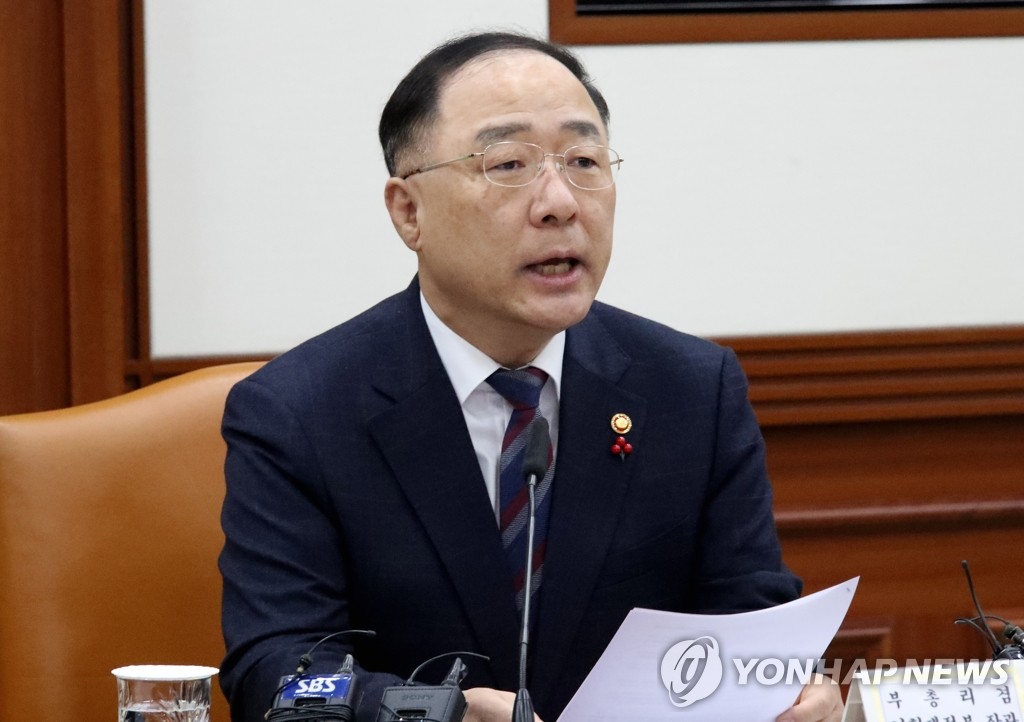 Tensions had been sharply rising since the recent killing of Gen. Qassem Soleimani, arguably Iran's most powerful commander, by a U.S. air strike. Iran conducted a revenge missile attack at a Iraqi military base that houses U.S. troops.

Since then, both Washington and Teheran have showed measured responses.

The Middle East accounted for 70 percent of South Korea's imports of crude over the January-November period of 2019 and an estimated 38 percent of its liquefied natural gas (LNG) came from the region.

South Korea, the world's fifth-largest importer of crude oil, has said it will consider releasing oil from its strategic reserves if there is a crisis in securing oil supplies.