SONGKHLA, Thailand, Jan. 10 (Yonhap) -- Apparently, the inability to score is epidemic in South Korean football across all levels.

Scoring woes for the senior men's team are well documented. Last fall, for instance, they were held to consecutive scoreless draws by North Korea and Lebanon, two major underdogs, at the Asian World Cup qualifying tournament. South Korea scored more than two goals in only one out of 18 matches last year.

And at the start of the Olympic qualifying event Thursday in Thailand, the under-23 national team displayed much the same difficulties finishing around the net and converting their superior possessions number into goals. 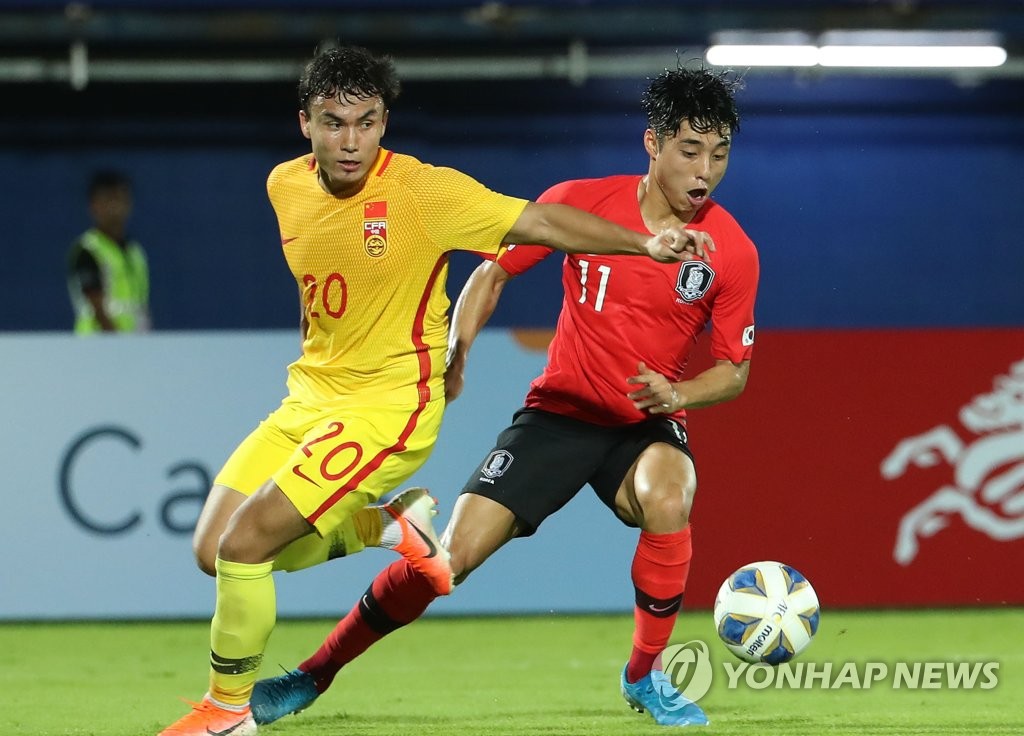 South Korea came into the Asian Football Confederation (AFC) U-23 Championship, which doubles as the Olympic qualifiers, with much promise. With offensive-minded coach Kim Hak-bum at the helm and budding offensive stars up front, South Korea weren't supposed to experience any issues scoring goals.

But the young Taeguk Warriors had those very issues in their first match Thursday, as they squeaked past China 1-0.

If second-half sub Lee Dong-jun hadn't come through with his last-minute winner, South Korea would have had to settle for a scoreless draw, and that would have felt like a loss.

China are viewed as the weakest link in a group that also includes Iran and Uzbekistan. But at a press conference the eve of his team's match, coach Kim was having none of the "South Korea will dominate China" talk and insisted China would be tough to beat. Kim also said his players shouldn't buy into the pretournament hype and treat China lightly.

Most of Kim's worst fears materialized during Thursday's uninspiring victory.

South Korea had some good looks at the Chinese net early on, including chances by Lee Dong-gyeong in the fourth minute and Oh Se-hun in the 14th. Kim Dae-won and Um Won-sang both had dangerous chances turned aside by goalkeeper Chen Wei.

Perhaps discouraged by the lack of goals despite dominating the ball possession in the first half, South Korean players appeared out of sync toward the end of the first half. And in the second half, it became clear that the young players were pressing. They were trying to force their way into the Chinese net, but they only became sloppy with the ball, leading to a series of poor passes. 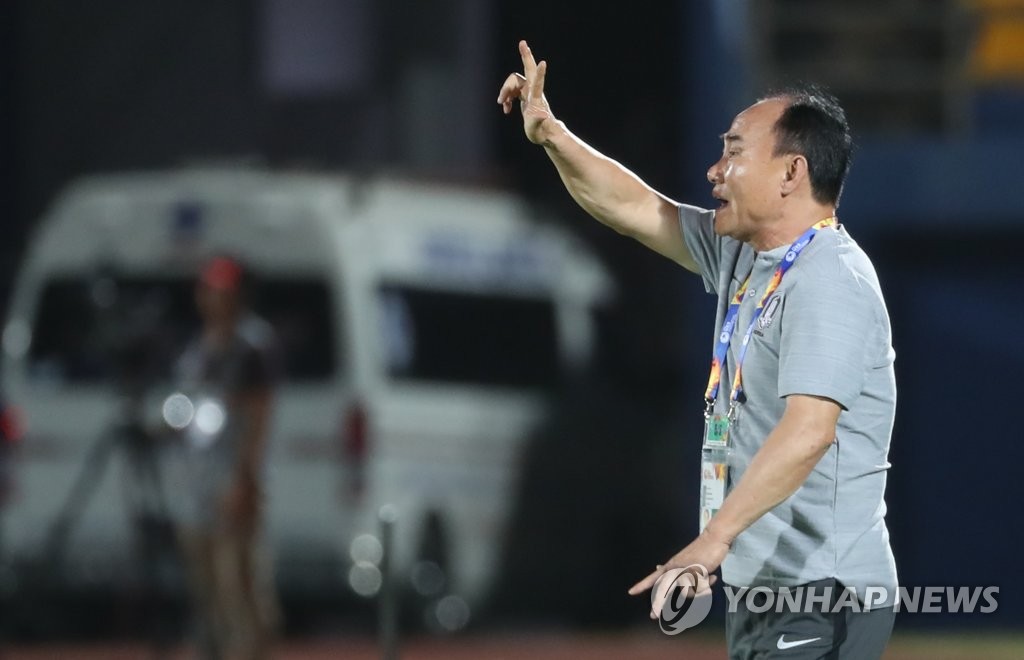 The stagnation on offense had a trickle-down effect on defense in the second half, as China started to assert themselves more in the South Korean zone instead of simply waiting for counterattack opportunities to develop.

Coach Kim blamed his players' disappointing performance on nerves, saying they got too uptight trying to claim the opening match.

"I am happy to have those three points in our bag," Kim said. "We had a lot of opportunities, but the guys were trying to do too much. They should have played with more composure, and I think it was because this was our first match."

Kim said he'll make "significant" changes to his starting lineup in South Korea's next match against Iran on Sunday.

"We had a lineup tailor-made to handle China, but those players didn't have as good a match as I'd hoped," the coach added. "Several other players are waiting in the wings to take on Iran."

Lee Dong-jun, the goal scorer, said it was a frustrating match to play, but he and his teammates tried to stay patient.

"We kept talking on the field and kept trying to push each other," said Lee, the 2019 MVP of the K League 2, the second-tier competition in South Korea. "It was disappointing that we couldn't convert all the chances we had. We're lucky to get this win."

The top three nations from this AFC qualifying event will play at Tokyo 2020. 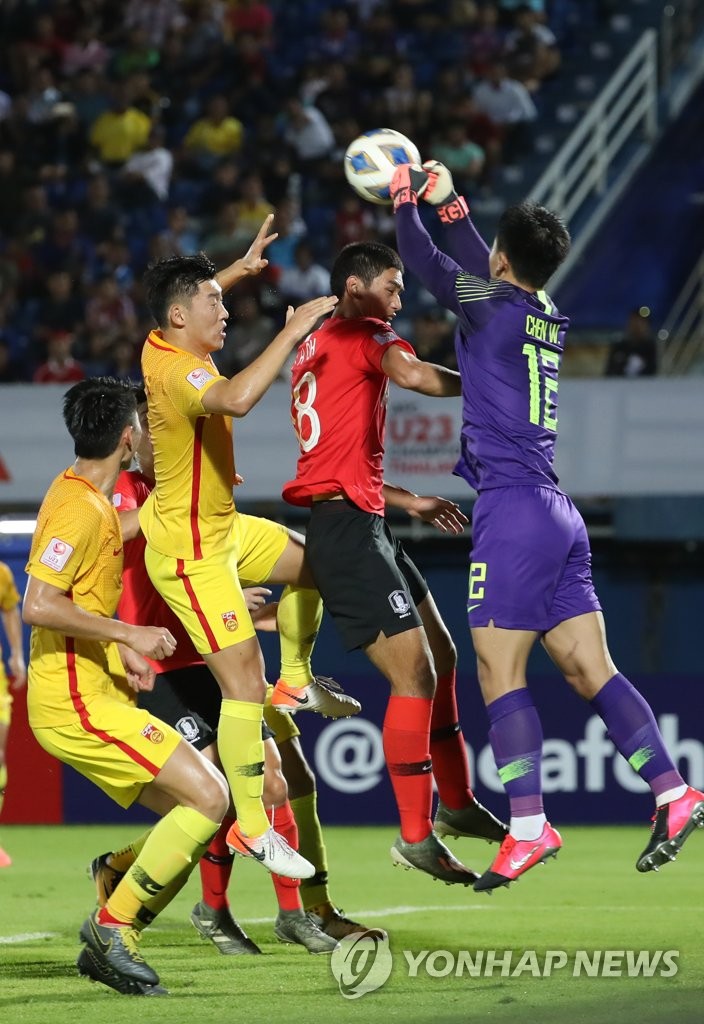