SEOUL, Jan. 10 (Yonhap) -- South Korea said Friday the lingering uncertainties in the Middle East sparked by U.S.-Iran tensions are expected to have only a limited impact on its exports but vowed swift countermeasures if there is increased volatility.

The Ministry of Trade, Industry and Energy organized a meeting with related institutions, including the Korea Trade Insurance Corp. and the Korea Trade-Investment Promotion Agency, to gauge the impact of military tensions in the Middle East on exports and oil prices.

During the gathering, participants said the unrest in Iran and surrounding countries has not yet had a direct impact on South Korea's overall exports, noting the Middle East accounted for only 3.3 percent of South Korea's outbound shipments in 2019. 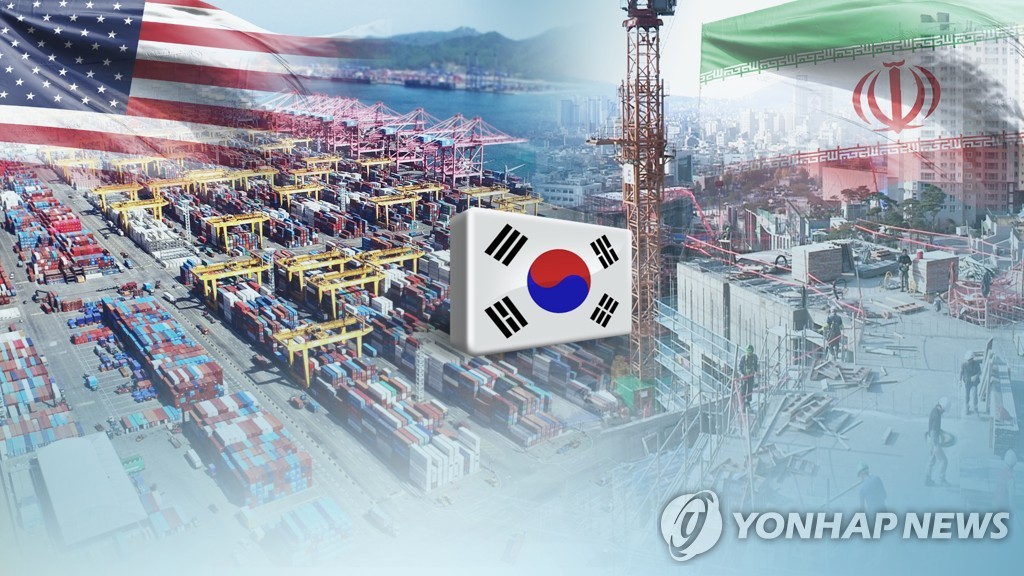 The tensions in the region initially sent oil prices up, but previous incidents have shown that a price increase sparked by specific events are usually normalized within a short period of time, they added.

Friday's meeting followed missile attacks by Iran against an Iraqi military base housing U.S. troops in retaliation for the U.S. killing Qassem Soleimani, the head of Iran's elite Quds Force.

U.S. President Donald Trump said the U.S will not use further military force but instead roll out "powerful" sanctions on Iran.

"If the situation in the Middle East worsens, it may have an adverse impact on South Korea's exports, eventually limiting the growth of its economy," said Park Tae-sung, deputy minister for trade and investment.

"The government will work closely with economic organizations and other export-related institutions to minimize the fallout for South Korean businesses," Park added.

The meeting also comes amid a steady decline in South Korea's exports.

The country's outbound shipments plunged 10.3 percent on-year in 2019, with exports dipping for 13 consecutive months as of December.

Seoul earlier projected its shipments to rebound in 2020 by rising 3 percent, but the turmoil in one of the world's largest crude-producing regions may delay a full-fledged recovery.

Petroleum and petrochemical products account for nearly one quarter of its overall exports and the Middle East accounts for about 70 percent of its crude imports.

The Seoul government said it will provide financial support to small and midsized companies vulnerable to geopolitical uncertainties in the Middle East and promptly take action when they face hurdles in shipping goods to the region.

It also plans to thoroughly examine any impact on South Korean firms' efforts to win major construction and investment projects there.

Earlier in the day, Finance Minister Hong Nam-ki said South Korea is closely monitoring tensions in the Middle East and that the country should avoid being excessively concerned about the situation.