"DNA," the lead track of BTS' 2017 album, "Love Yourself: Her," achieved the feat Friday morning, according to the band's management agency, Big Hit Entertainment.

Released in September 2017, the song stayed on Billboard's Hot 100 chart for four consecutive weeks, and in February the following year, it was certified "Gold" by the Recording Industry Association of America.

"DNA" is so far the most viewed of BTS' globally acclaimed catalogue, followed by "Fire," "Fake Love," "MIC Drop" and "Boy With Luv" featuring Halsey, which all topped 600 million views.

The septet is currently preparing to release a new album titled "Map of the Soul: 7" on Feb. 21. 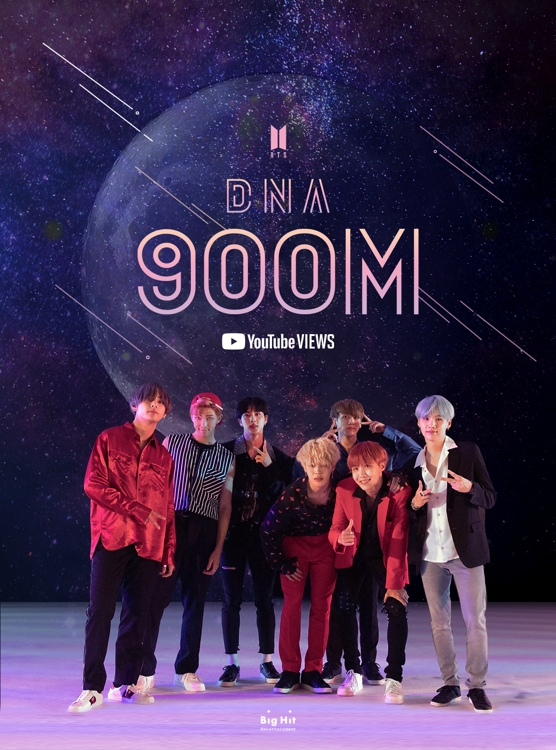