Seoul Central District Prosecutors Office in the morning sent a team of investigators to Cheong Wa Dae with a search warrant for the office of a unit that handles policies related to support for provincial governments.

It was part of an intensive probe into allegations that President Moon's aides had meddled in the 2018 Ulsan mayor election in which Song Cheol-ho, Moon's longtime friend, won.

Prosecutors failed to enforce the warrant due to Cheong Wa Dae's refusal to cooperate.

In a statement, Cheong Wa Dae spokesperson Ko Min-jung said the office could not cooperate with the investigators as the prosecution did not specify the documents and materials they aimed to secure.

She said it was impossible for the prosecution to raid the presidential compound, which is a national security facility, under South Korean criminal law.

"There's no precedent to permit it," she said.

Nonetheless, she added, Moon's office has faithfully cooperated with the prosecution's investigation by providing it with materials and data stipulated in a court-issued search and seizure warrant.

"The warrant brought by the prosecution today did not specify the object of seizure ... The warrant only states 'all crime-related materials,'" Ko said.

If they had brought an appropriate warrant as before, Cheong Wa Dae could have offered some related materials, she said.

The prosecution rebutted Cheong Wa Dae's statement, saying the warrant was legitimately issued by a court with the location and items to be searched and seized specified. It said a list of "detailed items" to be seized had been attached to the warrant.

"Since (we) couldn't proceed with the search and seizure procedure any more, (we) stopped it and plan to push for necessary consultations," it said.

The prosecution's search attempt came a couple of days after the Ministry of Justice announced the replacement of some senior prosecutors close to Prosecutor General Yoon Seok-youl.

The ruling Democratic Party strongly condemned the prosecutors' office, calling its attitude a de-facto disobedience against the president's personnel affairs. 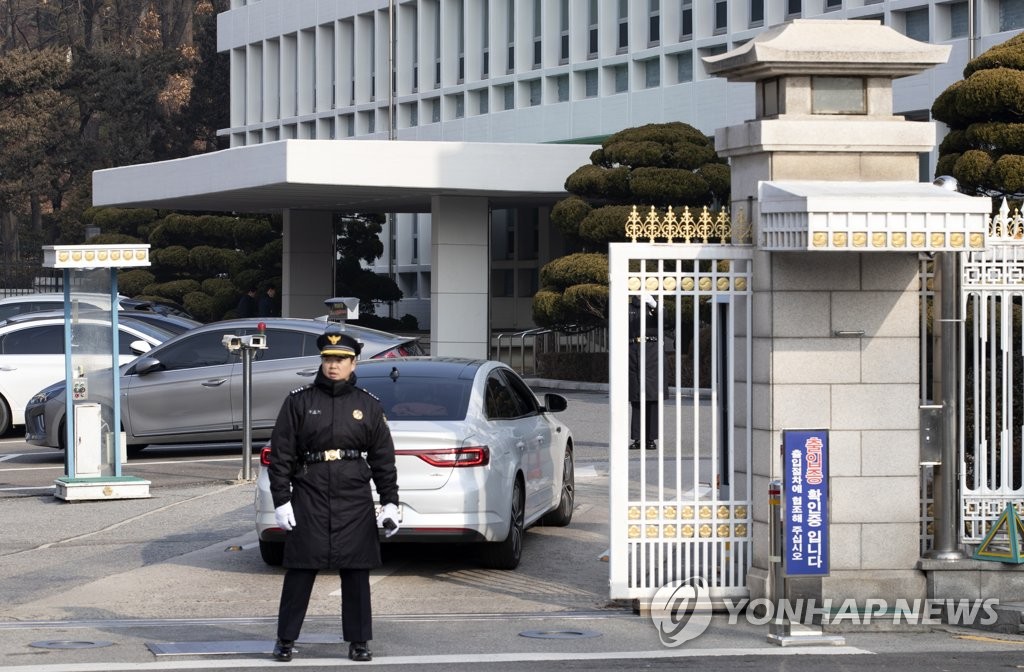 Suspicions have been raised that some presidential officials conspired to help Song, the sitting mayor of Ulsan, 400 kilometers southeast of Seoul, Kim Gi-hyeon, who was seeking re-election as the main opposition Liberty Korea Party candidate.

Kim alleged that Cheong Wa Dae officials compiled a document on bribery allegations involving his confidants based on tips from the city's Vice Mayor Song Byung-gi, which led to the raid that negatively affected his election campaign.

Last December, prosecutors executed a search warrant against the presidential office in connection with another probe into an alleged cover-up of an inspection into an ex-vice mayor who faces bribery charges.

They were seeking to secure evidence on why a special inspection into the former Busan vice mayor was abruptly suspended, leading him to avoid punishment for an unknown reason and become the port city's vice mayor in 2018.
(END)