As the director has been increasingly doing media interviews and making it onto talk shows, moreover, the person next to the eclectic auteur has also come into spotlight: Sharon Choi. 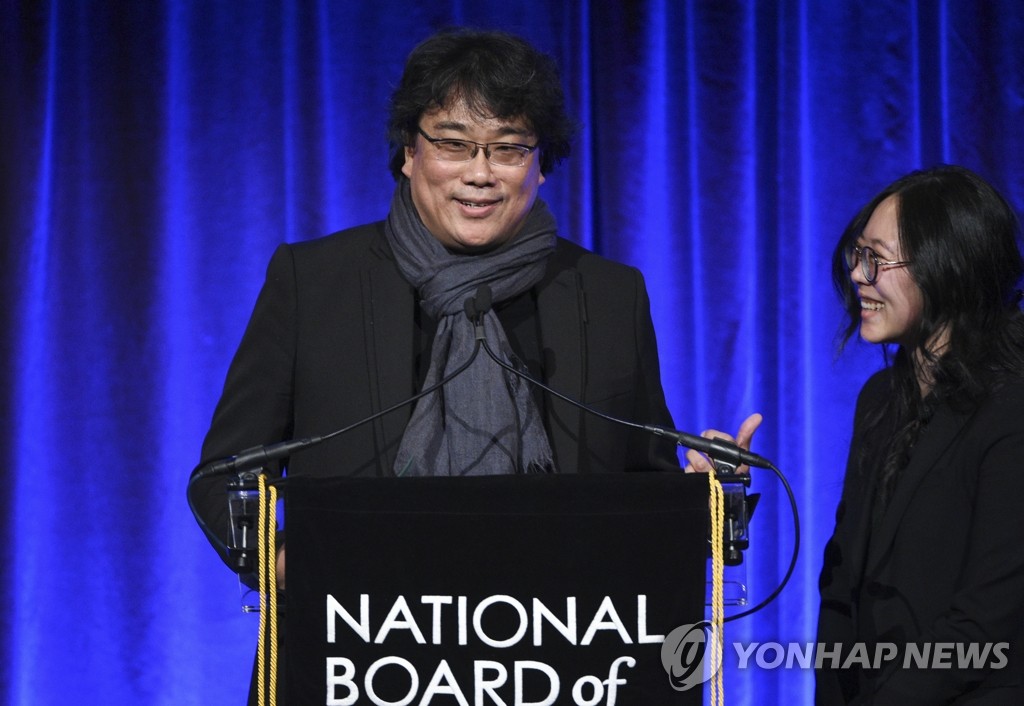 She has been with Bong as an interpreter since May, when his black comedy thriller won the highest prize of Palme d'Or at the Cannes Film Festival.

Choi is known to be a young filmmaker in her mid 20s without linguistic expertise or professional experience in interpretation, but she translates Bong's remarks and nuanced intentions clearly and even pithily with some punch lines. She has been playing a vital role in helping the film create strong buzz in the intensifying Oscar race in the United States.

When Bong appeared on "The Tonight Show Starring Jimmy Fallon" on NBC in December, Choi sat next to the director and interpreted his brief, spoiler-avoiding explanation of "Parasite," a story of two families, one rich and one poor.

"I'd like to say as little as possible here, because the film is best when you go into it cold," Choi rendered the short Korean comments by Bong, who asked the audience not to share spoilers in English.

The YouTube video of the show has earned 1.1 million views, with comments praising the interpreter saying, "Sharon the interpreter caught my attention." Someone also tweeted that Choi is "the MVP of the awards season."

At the Golden Globe Awards ceremony on Sunday, in particular, Choi made another scene-stealing interpretation.

"Once you overcome the one-inch tall barrier of subtitles, you will be introduced to so many more amazing films," Choi translated, trimming away some sidebar comments and putting them into one eloquent sentence.

During the backstage interview of the Golden Globes, Bong said his interpreter has become a star and contributed to the "Parasite" team's monthslong U.S. tour heading into the Academy Awards in February.

"She has a big fandom," he said. "She's perfect. We always depend on her." 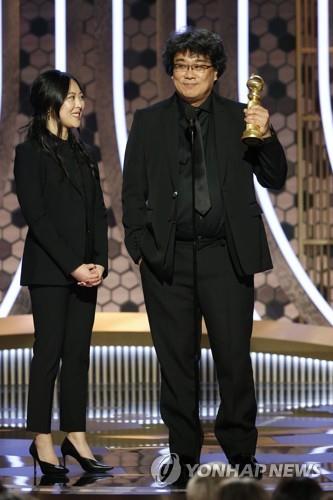