SEOUL, Jan. 10 (Yonhap) -- South Korea and the United States will hold a new round of talks in Washington next week on sharing the cost for stationing American troops here amid expectations the two sides are closer to a deal.

The planned negotiations come as the two allies are under pressure to clinch a fresh deal on determining how much Seoul should pay for keeping some 28,500 U.S. soldiers on its soil. Last year's cost-sharing deal, known as the Special Measures Agreement (SMA), expired Dec. 31.

Drawing attention is whether Seoul and Washington could soon strike a deal, as the U.S. side hinted early this week at a compromise being made between the allies.

A U.S. State Department official said in Washington on Tuesday that the two countries are "a little further afield" than they were before. In Seoul, top U.S. envoy Harry Harris said in a media interview that the negotiations are "entering its final phase," and that DeHart is "optimistic." 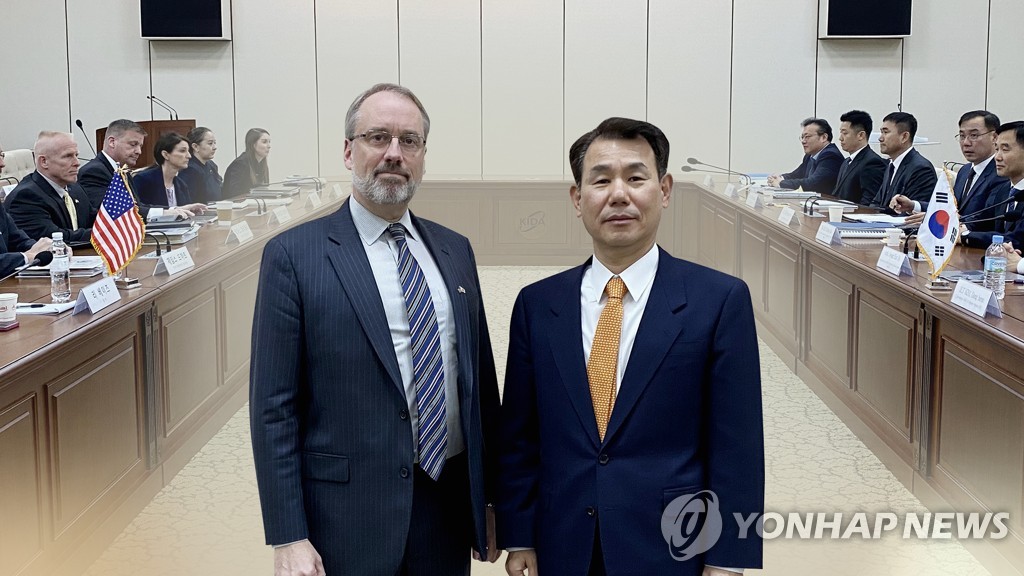 Seoul, on the other hand, has struck a cautious note, saying differences remain although the two sides have broadened their understanding. A Seoul official has told Yonhap that the allies are at "a crossroads" of a possible deadlock or major compromise.

The allies have held five rounds of talks since launching the negotiations in September last year. They remain far apart on key sticking points, such as the amount of Seoul's contribution and what should be included in the SMA.

Washington has called for a change in the SMA framework to expand the coverage of Seoul's share, including U.S. rotational military personnel to the Korean Peninsula. Seoul has maintained the negotiations should proceed under the current framework.

The U.S. initially demanded a fivefold increase in Seoul's payment to nearly US$5 billion but has suggested it has stepped back from sticking to that request.

South Korea paid around US$870 million under last year's SMA, an 8.2 percent increase from the previous deal.

Since 1991, Seoul has shouldered partial costs under the SMA -- for Korean civilians hired by the U.S. Forces Korea, the construction of military facilities to maintain the allies' readiness and other forms of support.