SEOUL, Jan. 10 (Yonhap) -- A former Samsung executive who led the group's now-defunct strategy unit was questioned by prosecutors Friday over an ongoing probe into a controversial merger at the country's top conglomerate.

Prosecutors called in Kim Jong-joong, a former Samsung president, on his suspected role in the controversial merger of two Samsung affiliates, Samsung C&T Corp. and Cheil Industries, in 2015.

Kim led the group's now-disbanded elite unit that served as its control tower during the internal merger.

The merger, which increased group heir Lee Jae-yong's stake in the group's de facto holding company Samsung C&T Corp., was seen as aiming at securing Lee's control of the conglomerate.

Prosecutors suspect that senior Samsung officials intentionally lowered the value of Samsung C&T prior to its merger with Cheil Industries to help benefit Lee's managerial succession from his ailing father Lee Kun-hee.

The younger Lee was the largest shareholder in Cheil Industries, an affiliate that produces textiles, chemicals and electronic chemical materials, with a stake of 23.2 percent, which means a fall in the valuation of Samsung C&T would pave the way for a merger ratio advantageous to him.

At that time, Samsung C&T was suspected of downsizing the volumes of its overseas construction orders and domestic housing construction contracts. Samsung C&T also reported an 11 percent decrease in its sales in the first half of 2015 and suffered a steady fall in its stock prices, which led to a merger ratio of 1:0.35 favorable to Cheil Industries.

The questioning comes three days after the prosecution called in Kim Shin, who served as CEO of Samsung C&T from 2010-2018, over his alleged role in the merger. It marked the first summoning of a CEO-level official in the probe. 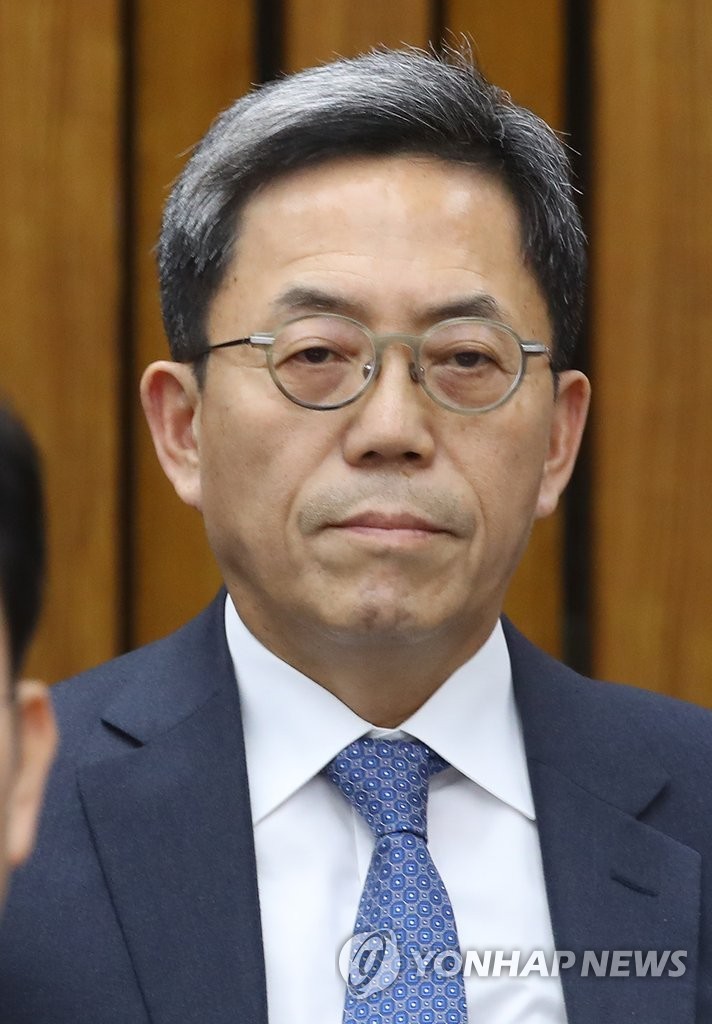