SEOUL, Jan. 10 (Yonhap) -- South Korea's public safety and health agency on Friday asked China to provide information on the new type of coronavirus that is suspected of having caused pneumonia-like illness in recent weeks.

The request comes two days after the Korea Centers for Disease Control and Prevention (KCDC) reported the country's first suspected case of the illness that has caused alarm in China for weeks.

A 36 year-old Chinese woman, who visited the city of Wuhan in China's Hubei Province last month, reportedly showed symptoms of the illness.

Beijing reported on Thursday that it suspected the unidentified illness as being caused by a new strain of coronavirus.

"Once we get the genetic information, we should be able to conduct our own checks on the patient who is showing symptoms," the KCDC said.

It said at the moment, Seoul does not have enough data to determine if the person has contracted the pneumonia-like illness.

South Korea is also trying to get medical information from other countries that have reported patients with similar symptoms, it added.

The patient, whose identity has not been released, suffered from coughing and a sore throat when she was examined by local doctors late last week, and was initially diagnosed with pneumonia.

The health agency said she is currently doing well and recovering, but that she was still kept in quarantine as a precaution while more tests are being conducted.

The KCDC said it has tightened monitoring of people entering the country, as well as of those around the patient and medical personnel who have come in contact with her.

The center is advising all travelers going to Wuhan to avoid contact with animals and birds, and to take extra care of personal hygiene. 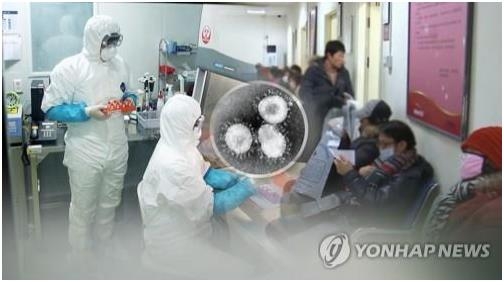