The decision comes after the state-run Korea Hydro & Nuclear Power Co., (KHNP) said the load at the plant hit 93.1 percent of capacity in September 2019, according to the Nuclear Safety and Security Commission.

The KHNP asked for additional storage facilities, noting it may run out of space by the end of 2021 and that the lack of storage may force it to take some reactors offline to stop producing more spent fuel.

"Because of the time it takes to build the storage facilities, work must start as soon as possible," a commission source said. He said that despite some reservations, six of the eight members of the commission agreed with the construction plan.

From the start, the KHNP had asked to build 14 modular air-cooled canister storage (MACSTOR) structures at the plant, located 370 kilometers southeast of Seoul, but had to get by with only seven, which have been in service since 2010.

MACSTOR facilities hold spent fuel rods in dry cask storage after they are cooled in specially built pools of water.

The Korea Institute of Nuclear Safety earlier confirmed that despite concerns raised by local environmental groups the facilities in use and those to be built will meet all regulatory requirements and pose no risk to the environment.

In addition to approving the construction of more storage facilities, the nuclear commission said it will spend 33.5 billion won (US$28.8 million) on nuclear safety research in 2020, up 10.2 percent from the year before.

It said of the total, only 4.2 billion won will be used to back new projects, with the rest being spent on existing programs centered on such areas as safeguarding nuclear facilities from natural disasters and non-proliferation activities.

Seoul has been gradually reducing its dependence on atomic energy, which meets roughly 30 percent of its electricity needs, and switching to more eco-friendly sources such as solar and wind power. 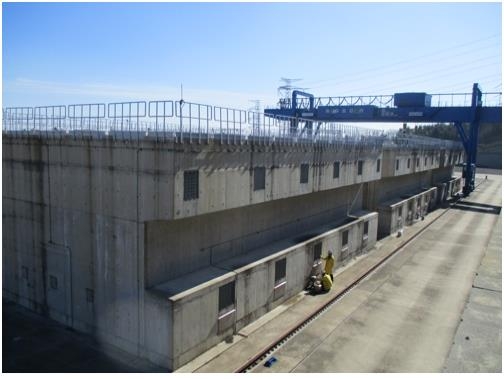