Hancom was one of some 390 South Korean firms that showcased its products at the Consumer Electronics Show (CES), the world's largest tech expo, in Las Vegas, Nevada, which wrapped up its 2020 edition Friday.

"This is the right time for our software to go global," Kim said at his press meeting Wednesday, with Korean reporters on the sidelines of CES 2020. "I believe our software has reached the world-class level, and we need to better expand our global presence by working together with global companies like Amazon." 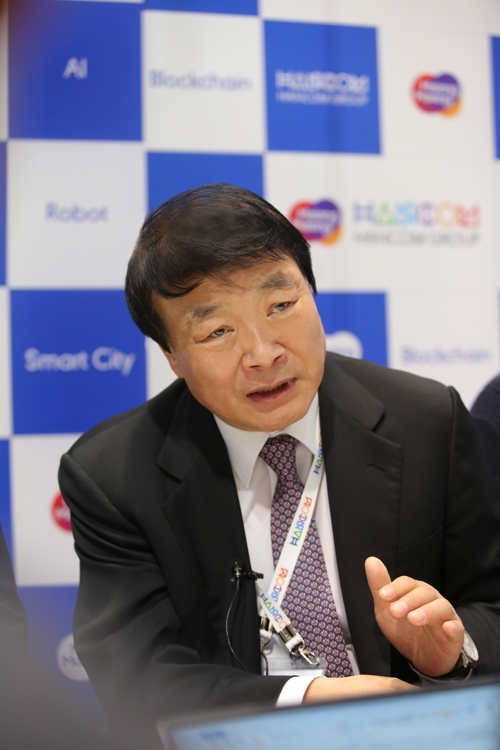 According to Kim, Hancom's global presence only accounts for 0.5 percent in the global office software market that is dominated by Microsoft Corp. but aims to increase that market share to 5 percent in the near future.

"Last year, Amazon ramped up its battle against Microsoft, and to better get closer to its target, Amazon needs us," Kim said. "Amazon and Hancom are moving forward together and as Linux and cloud-based systems rise, I think we can get new opportunities."

"Chinese firms can't enter the U.S. and vice versa," he said. "But if they join hands with us and create a joint venture than they can enter both the U.S. and China markets, which is also good for us." 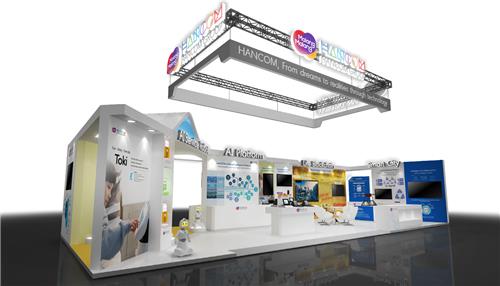