South Korea's Gangwon Province was awarded the right to host the 2024 Winter Youth Olympics, following a vote during the 135th IOC Session on Friday in Lausanne, Switzerland. As the sole preferred host of the competition, Gangwon earned 79 votes in support of its bid from 81 voting IOC members. 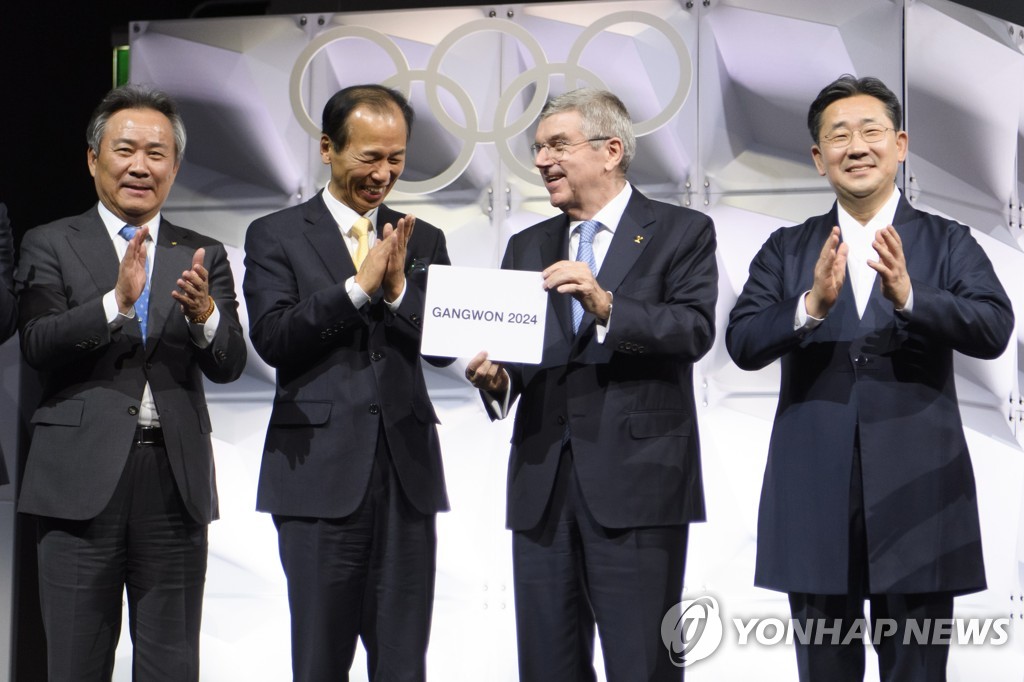 Gangwon is home of PyeongChang, the host of the 2018 Winter Olympics. PyeongChang's neighboring towns of Gangneung and Jeongseon also staged ice and alpine skiing events during the 2018 Olympics. For the 2024 Winter Youth Olympics, Gangwon Province plans to use its existing facilities, and infrastructure built for the 2018 Olympics will also come in handy in four years' time.

Following Gangwon's election, Bach said the 2024 competition would also present an opportunity to "build bridges and to contribute to understanding and peace."

To that end, the IOC is open to having the two Koreas share responsibilities in hosting the Winter Youth Olympics, Bach said.

"From the very beginning, it was part of our approach that we would be ready to accept the national Olympic committee of DPRK to be a partner of the organization, if the political circumstances will hopefully allow," Bach said, referring to North Korea by its official acronym, Democratic People's Republic of Korea.

At PyeongChang 2018, the Koreas marched in as one at the opening ceremony and assembled a unified team in women's hockey -- the first joint Korean team in Olympic history. But any sort of inter-Korean dialogue, sporting or otherwise, has all but stopped amid heightening tensions in the region.

Beyond the 2024 Youth Olympics, South Korea is also hoping to co-host the 2032 Summer Games with North Korea, though the current political and diplomatic climate may suggest it could be a difficult mission to accomplish.

Asked if the IOC will play a more active role to try to bring the Koreas closer, at least in sports, Bach said his organization has to respect "the overall political development." 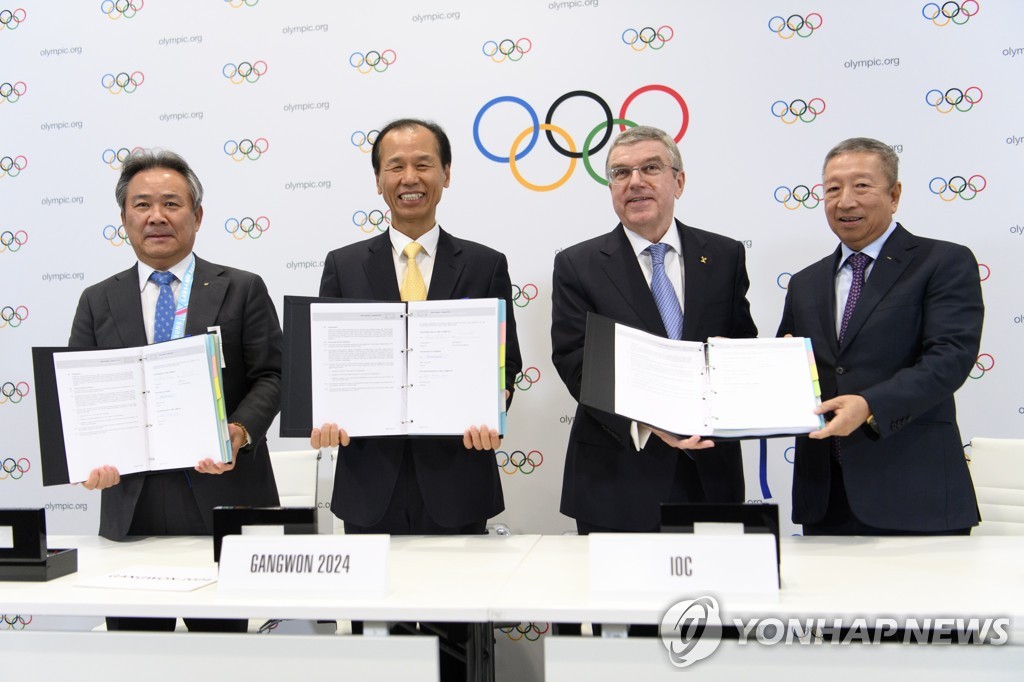 "We'll now wait for the reaction to this offer (to co-host the 2024 Winter Youth Olympics) at an appropriate time," Bach said. "This isn't the moment yet to do more than to issue an invitation for the continued dialogue with all the parties involved."

The 2024 Winter Youth Olympics is the first IOC competition whose host has been determined by a revamped bidding process.

Octavian Morariu, head of the Future Host Winter Commission, was effusive in his praise for Gangwon's bid and highlighted the opportunity to promote peace in Korea.

"The proposition from Gangwon had several advantages," he said. "Certainly it leverages sport and Olympics values to promote dialogue on the Korean Peninsula. Definitely, that was a very important aspect to be considered."

IOC says it is 'ready to accept' N. Korea as co-host with S. Korea for 2024 Winter Youth Olympics

IOC says it is 'ready to accept' N. Korea as co-host with S. Korea for 2024 Winter Youth Olympics