SEOUL, Jan. 11 (Yonhap) -- A U.S. Army unit appears to be quickening preparations for its upcoming rotational deployment to South Korea, with its recent social media post saying its heavy equipment is "on its way to the port."

"Rail head operations are just one part of deploying the brigade to Korea," the unit wrote on Facebook.

"Dagger Brigade's equipment is on its way to the port. Next step, load it onto ships," it added, referring to the unit's nickname.

In an earlier post, the unit said that routine rotations to Korea "add to the defense of the Asia-Pacific region and strengthen relationships with our allies and partners." 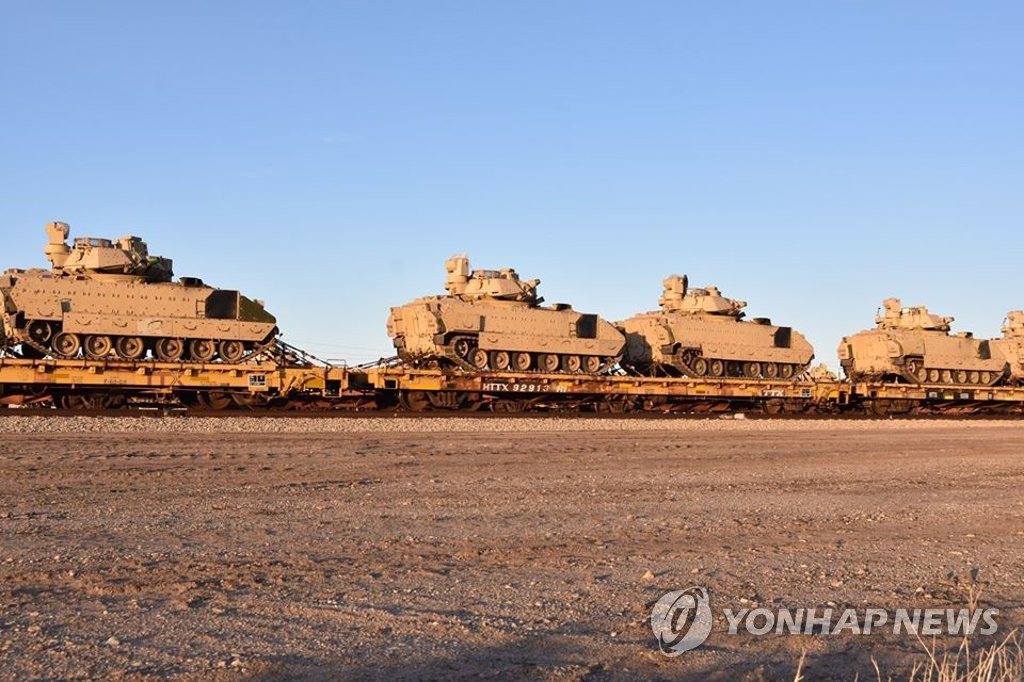