SEOUL, Jan. 11 (Yonhap) -- South Korea's public safety and health agency on Saturday said that it has confirmed that the single "pneumonia-like" illness case reported earlier in the week is not related to the outbreaks in China.

The Korea Centers for Disease Control and Prevention (KCDC) said it carried out a so-called pan-coronavirus test on the patient under quarantine and confirmed the illness was not caused by a new strain of the coronavirus that has made people sick in Wuhan, Hubei Province.

The 36-year-old Chinese women visited the city in central China last month started showing symptoms like coughing and inflammation of the throat. She visited a local hospital early last week, although she was initially diagnosed with pneumonia.

"She tested negative for the new type of the coronavirus," the KCDC said. It said that while it still needs to determine why she got sick, the agency was sure it was not because of the illness that spread through parts of China. Chinese authorities who have been grappling with the illness said 41 patients suffering pneumonia-like symptoms were infected with the virus.

The KCDC said that based on the latest test, and the state of the patient's health, it consulted doctors and decided to allow her to leave. It also announced that it is halting monitoring of people she had come in contact with.

China claimed that the pneumonia-like sickness is not transmitted from person to person and of all people that have fallen ill so far, only one has died.

Seoul will maintain close watch on people entering the country from Wuhan and will continue to ask visitors to the city to take extra care of personal hygiene and contact doctors if they feel sick after returning. 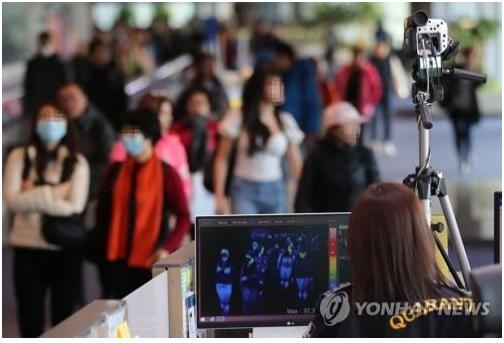