Kim, currently foreign ministry adviser, also stressed the North would never engage in a negotiation to exchange its core nuclear facility for partial sanctions relief as it did in the no-deal Hanoi summit between U.S. President Donald Trump and North Korean leader Kim Jong-un in February last year.

The remarks, carried by the North's Korean Central News Agency, followed the North Korean leader's New Year's Day message that warned of a "new strategic weapon" test and "shocking actual action" in a display of frustration over the stalemated nuclear talks with Washington.

"It can be said that the reopening of dialogue between the DPRK and the U.S. may be possible only under the condition of the latter's absolute agreement on the issues raised by the former, but we know well that the U.S. is neither ready nor able to do so," he said. DPRK stands for the North's official name, the Democratic People's Republic of Korea.

"We know well about the way we should go and will go on our way," he added.

The advisor's tone apparently represents a gradual hardening of Pyongyang's stance, which analysts say appears intended to ratchet up pressure on Washington to make concessions.

Claiming to have taken unrewarded steps such as its moratorium on nuclear and long-range missile tests, the North has demanded the removal of "all obstacles" that threaten the security of the North and hamper its development. The demands are seen as calls for sanctions relief and security assurances.

"There will never be such negotiations as that in Vietnam, in which we proposed exchanging a core nuclear facility of the country for the lift of some U.N. sanctions in a bid to lessen the sufferings of the peaceable people even a bit," he said.

"There is no need for us to be present in such talks, in which there is only unilateral pressure, and we have no desire to barter something for other thing at the talks like traders," he added.

Calling the relations between the leaders of the U.S. and the North "not bad," the former negotiator said that the North received Trump's personal letter congratulating the North Korean chairman on his recent birthday.

But he said it would be "absent-minded" to anticipate the North's return to dialogue because of the leaders' friendly relations.

"It is absentminded to think of either making us return to the dialogue with the U.S. by taking the advantage of such relations or creating an atmosphere for it," he said.

"We have been deceived by the U.S., being caught in the dialogue with it for over one year and a half, and that was the lost time for us," he added.

He went on to say that the North Korean leader has "personal" feelings toward Trump, but the chairman would not discuss the state affairs on the basis of such feelings.

"What is clear is that we will never lose our time again, being taken in by the U.S. trick as in the past," he said.

The adviser also derided the South's presidential office for announcing the delivery of Trump's congratulatory message to the North, while underplaying Seoul's role as a mediator between Washington and Pyongyang.

"South Korea, not a member of the U.S. clan, went so frivolous as to convey the greetings from the U.S. president. It seems it still has lingering hope for playing the role of "mediator" in the DPRK-U.S. relations," he said.

"It is somehow presumptuous for south Korea to meddle in the personal relations between Chairman of the State Affairs Commission Kim Jong Un and President Trump," he added.

The U.S. and the North last held their working-level nuclear talks in Sweden in October. But the negotiation ended fruitlessly with Pyongyang accusing Washington of having come to the table empty-handed.

Since then, the North has ramped up pressure on the U.S. to show flexibility to break the logjam in the negotiations with provocative saber-rattling and rhetoric.

The U.S. has continued to signal that the door for dialogue remains open. 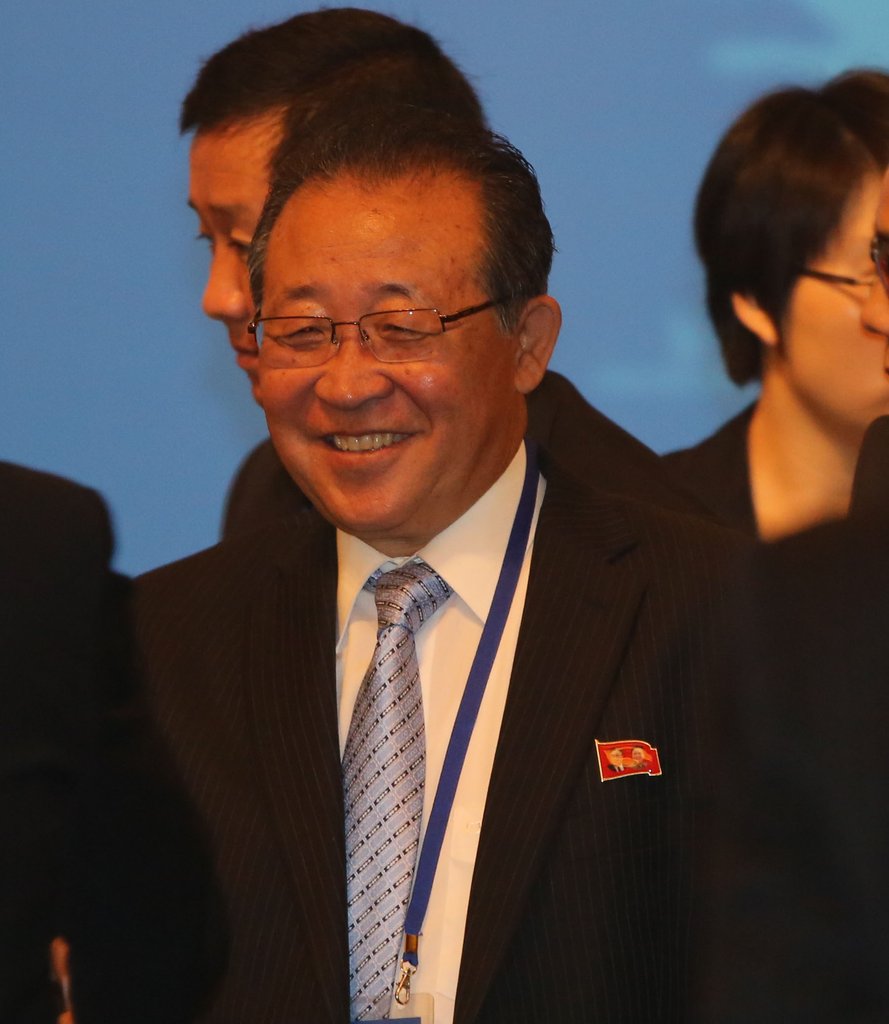