CAIRO, Jan. 11 (Yonhap) -- The South Korean government has provided Madagascar with US$500,000 in emergency aid as the island country's food crisis has continued to worsen, Seoul's embassy there said Saturday.

It was delivered by South Korean Ambassador to Madagascar Lim Sang-woo to the local office of the World Food Programme.

In a ceremony, Lim said the country has suffered its worst drought for several years in its southern region as a result of climate change and El Nino.

The money will be used especially to support children in the nation.

Around 900,000 residents in the southern part of Madagascar are estimated to be suffering food shortages.

South Korea opened its embassy in the Indian Ocean country in July 2016. 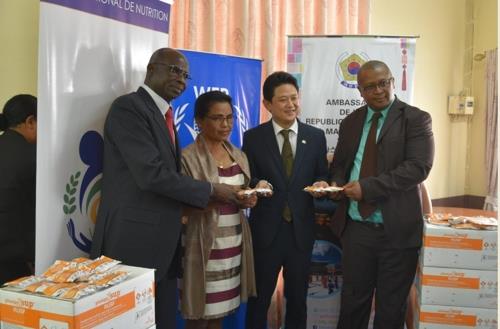 S. Korea provides $500,000 in aid to Madagascar over food crisis

S. Korea provides $500,000 in aid to Madagascar over food crisis