SEOUL, Jan. 11 (Yonhap) -- Without its best player, South Korea rallied to defeat Chinese Taipei at the Asian Olympic women's volleyball qualifying tournament on Saturday, moving within one win of clinching a spot at the 2020 Tokyo Summer Games. 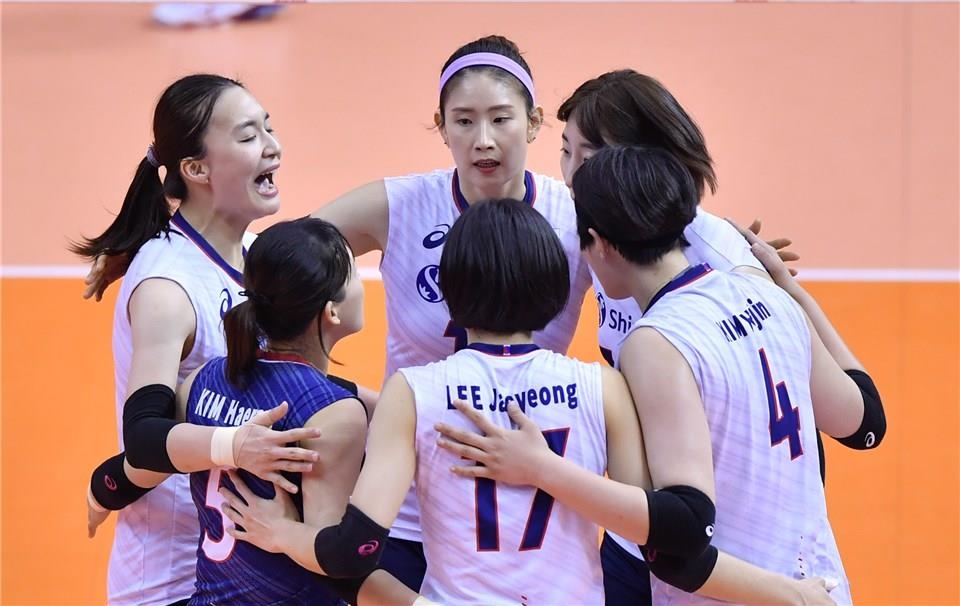 Having lost its captain and top attacker, Kim Yeon-koung, to an abdominal injury, world No. 9 South Korea bounced back from a lackluster first set to avoid an upset loss at the hands of the 32nd-ranked Chinese Taipei.

In Sunday's final, South Korea will meet the winner of the other semifinals match between Thailand and Kazakhstan. Only the champion will compete at the Tokyo Olympics.

South Korea is trying to make it to its third straight Olympics in women's volleyball.

Kim only played a few points in the first set in the final preliminary match on Thursday, and after getting some treatment at a local hospital on Friday, she sat out the entire semifinal on Saturday.

Chinese Taipei took advantage of Kim's absence in the opening set and its onslaught caught South Korea off guard in a relatively easy, 25-18 win.

But the pendulum quickly swung in South Korea's favor in the second set. Holding an 8-6 lead, South Korea scored the next seven points, with Kang So-hwi stepping up on the attack. Kim Hee-jin scored three straight points in one stretch, combining two aces with a hard spike, as South Korea dominated Chinese Taipei for a 25-9 set win.

The momentum remained fully on the South Korean side in the third set. Middle blockers Yang Hyo-jin and Kim Su-ji also got in on the offensive action, helping South Korea to a 25-15 set win.

Chinese Taipei battled from an early deficit to force an 8-8 tie in the fourth set, but South Korea pulled away with three straight points. The score promptly became 15-10 in favor of South Korea, which cruised the rest of the way to close out the match. 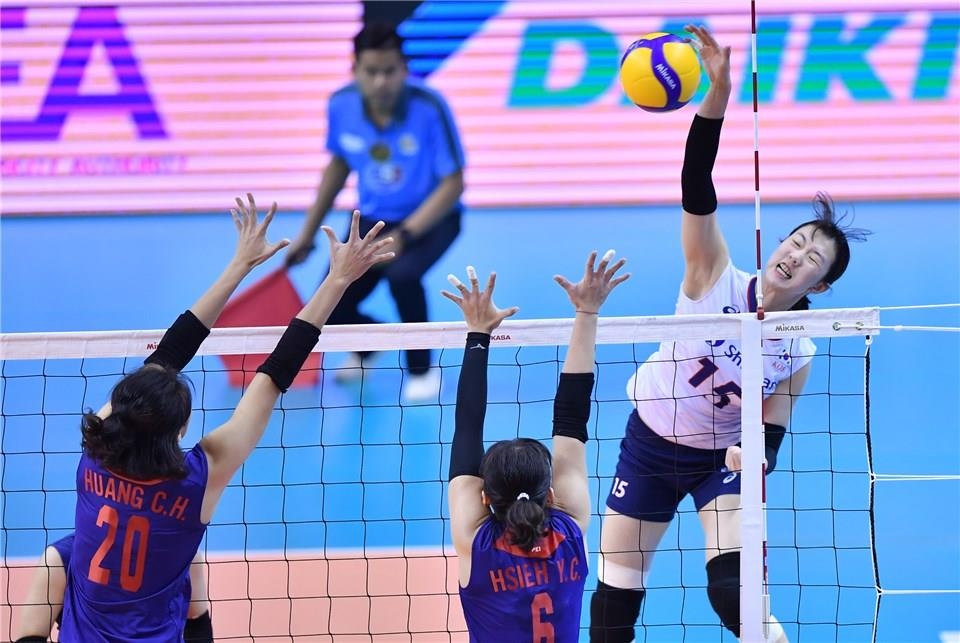