SEOUL, Jan. 11 (Yonhap) -- South Korea crashed out of the Asian Olympic men's volleyball qualifying tournament on Saturday, following a loss to Iran in the first knockout match of the competition.

South Korea has now lost 10 of its past 11 meetings against Iran.

Jeon Kwang-in had a match-best 16 points in the losing cause. Iran dominated South Korea in blocks with a 17-7 advantage. 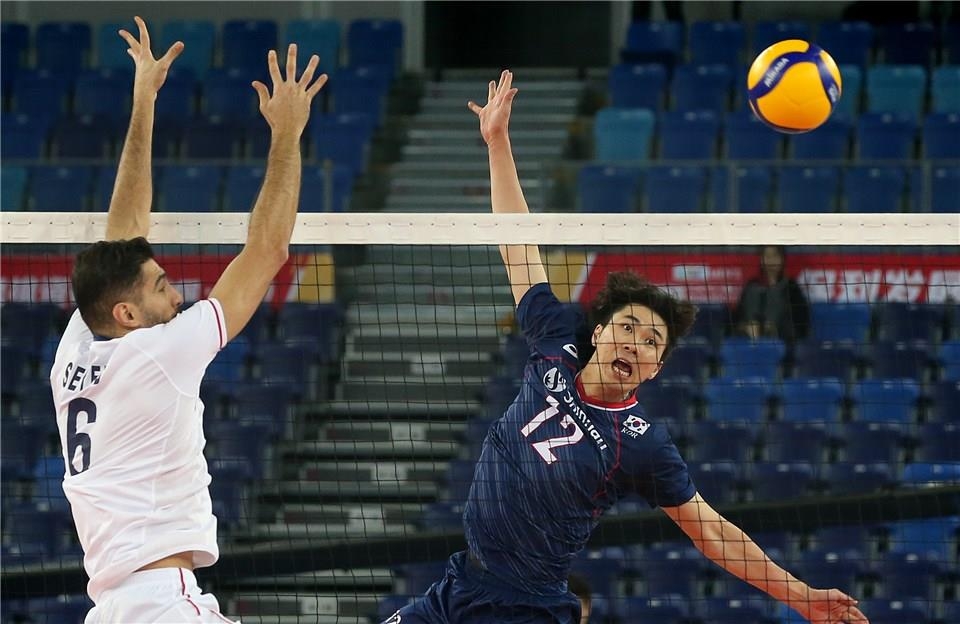 Only the winner of this qualifying tournament will compete at the 2020 Tokyo Olympics. The other semifinals match will pit Qatar against China later Saturday.

But that only seemed to have poked the bear, as Iran claimed the next two sets with an array of powerful spikes and timely blocks.

South Korea refused to go down so easily, taking a 13-9 lead in the fourth set. Iran kept eating into that deficit, and a block on a Jeon Kwang-in spike made it an 18-18 tie.

The teams kept trading points until it got to 22-22. South Korea then scored three straight points, the highlights being Hwang Taek-eui's ace and Park Chul-woo's kill.

But South Korea ran out of steam in the deciding fifth set. Iran scored the first two points of the frame, prompting South Korean coach Im Do-hun to call a quick timeout.

Iran never trailed in the fifth set, though South Korea tried to conjure up one last fight. Down 13-9, South Korea got three consecutive points, only to see Jeon Kwang-in's serve fault set up a match point.

Iran committed a serve fault of its own to give South Korea life, but Milad Ebadipour's spike finished off the set and the match. 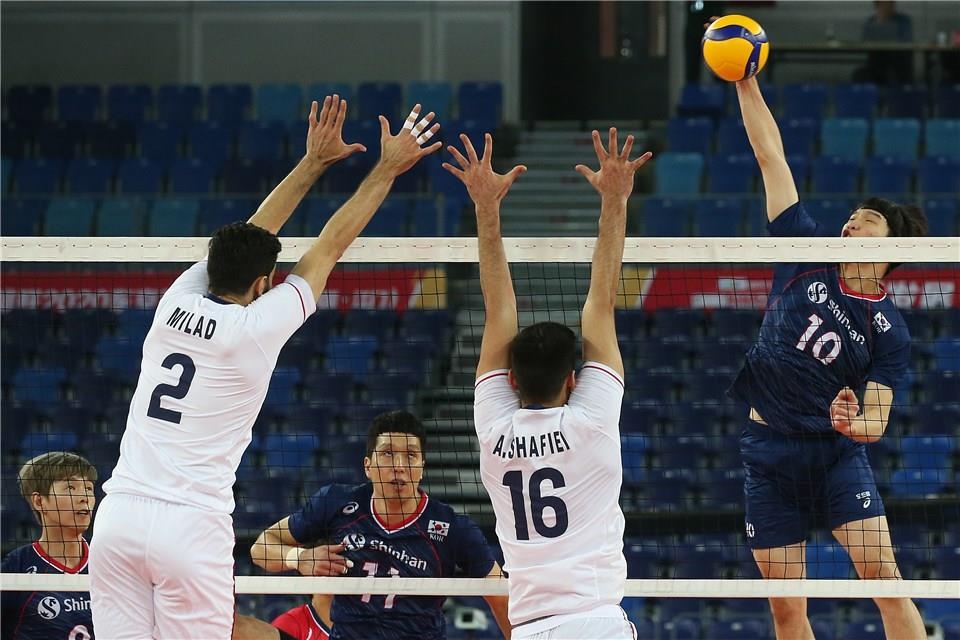