SEOUL, Jan. 11 (Yonhap) -- Two different groups of citizens took to the streets of Seoul on Saturday, one criticizing the Moon Jae-in administration and the other calling for the resignation of Prosecutor General Yoon Seok-youl, in a sign of the continued social conflict over reforming the state prosecution.

Members of conservative groups, many holding the national flags of South Korea or the United States, began a rally on a large square in Gwanghwamun, central Seoul, at around 2:30 p.m., demanding Moon's resignation.

They also condemned the replacement of several senior prosecutors close to the prosecution chief, which they view as aimed at thwarting the prosecution's probe into two high-profile scandals involving Cheong Wa Dae. 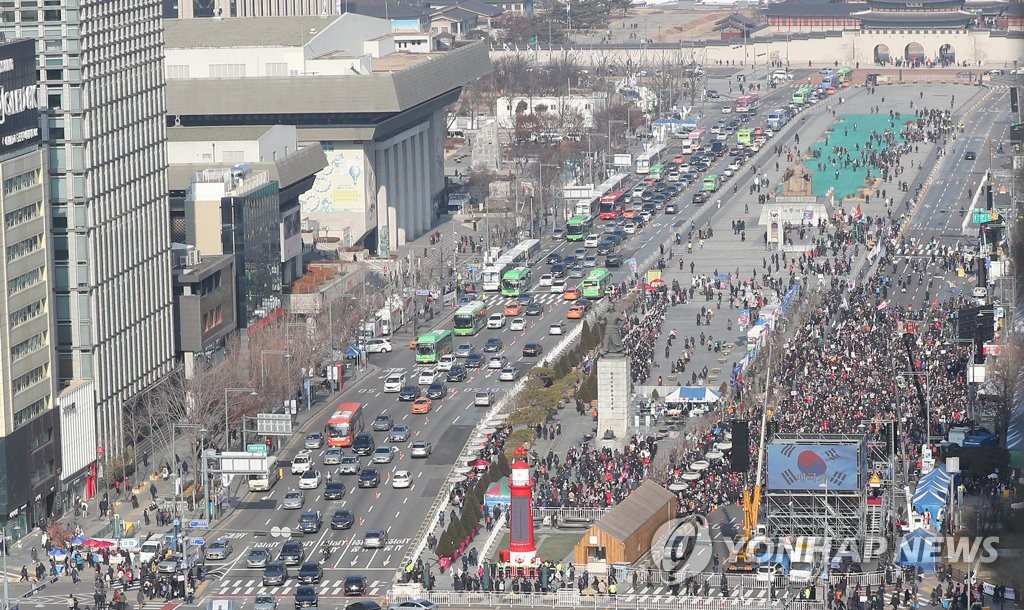 Investigations are under way into allegations that Cheong Wa Dae officials might have meddled in the 2018 mayoral election in the southern city of Ulsan. Song Cheol-ho, a longtime friend of Moon, ran in the election and won it.

The presidential office is also accused of abusing its power to stop a 2017 internal inspection of Yoo Jae-soo, then director general of the Financial Services Commission, over suspicions of graft. Yoo is also known to have personal ties to Moon.

Another group of citizens staged a candlelight vigil in Gwanghwamun, starting late afternoon, claiming that the prosecutor general should quit and the government should continue its push to reform his powerful organization.

The two different groups of protesters were separated by fences and police, with their rallies running concurrently for hours. 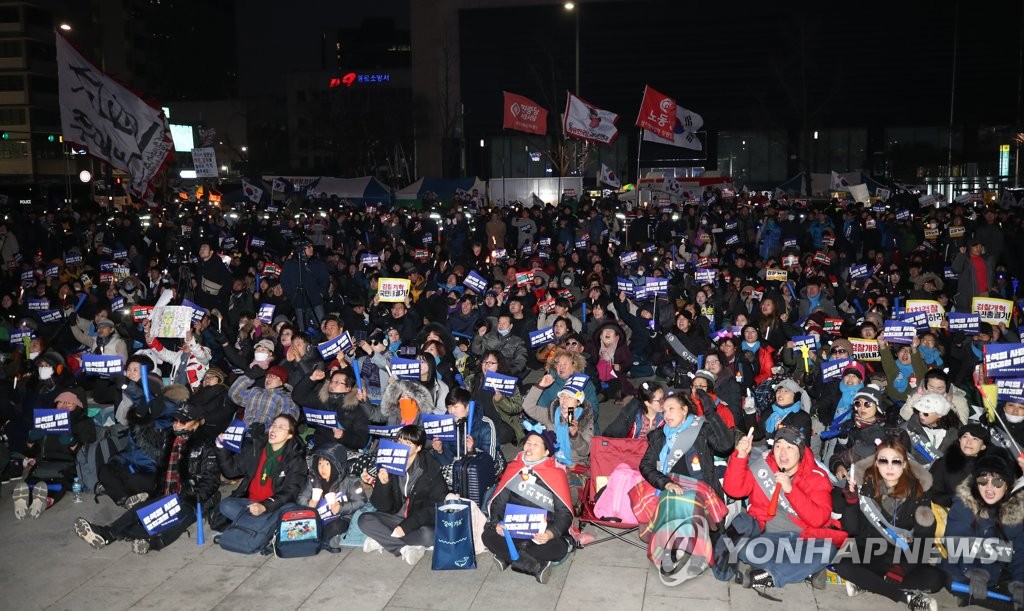