FOUNTAIN VALLEY, California, Jan. 11 (Yonhap) -- Hyundai Motor Co., South Korea's largest carmaker, seeks to increase its annual sales in the United States to over 1 million cars over the next five years, the company's top global operating officer has said, which would mark a whopping 40 percent spike from about 710,000 cars sold here last year. 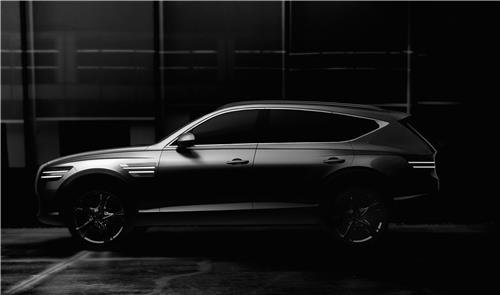 Munoz noted the company's sales were expected to increase only slightly this year to about 728,000 cars but begin a steep rise in 2021 and reach 1 million units in 2025.

To this end, the company will further enhance and expand its lineup of SUVs, which accounted for more than 50 percent of Hyundai's overall sales in the U.S. last year.

The Genesis has so far introduced three vehicles models in the U.S. -- the G70, G80 and G90 sedans -- whose combined sales more than doubled from a year earlier in 2019.

It is set to launch its first-ever SUV, the GV80, first in South Korea this week and possibly before the end of the first half in the U.S.

Munoz also vowed improved customer services, saying nothing will be possible unless the customers are happy with their products and services.
(END)