Over the cited period, Samsung, also the world's largest smartphone maker, rallied 51 percent to close at 58,600 won Thursday. On Friday, the tech giant reached a fresh all-time high of 59,500 won.

Foreign investors have scooped up Samsung shares by snatching up a net 627 billion won this month to Friday, betting that the tech firm's earnings will improve down the road.

The median target price for Samsung was put at 67,900 won as of Friday. 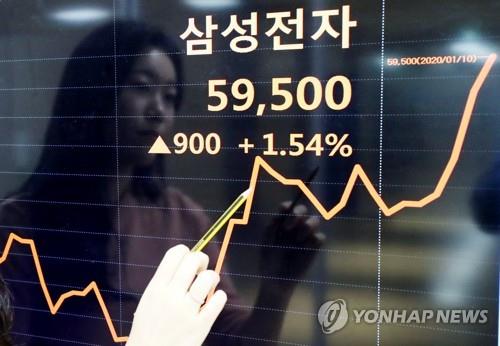 In its earnings guidance last week, Samsung Electronics delivered estimate-beating fourth-quarter earnings on a slight recovery in chip prices, although it suffered its worst performance in four years in 2019 due to a prolonged slump in the chipmaking sector.

Samsung estimated its fourth-quarter operating income at 7.1 trillion won (US$6.1 billion), down 34.26 percent from a year earlier, but the reading was well above the median market estimate of 6.5 trillion won, as chip prices bottomed out and its smartphones drew better-than-expected market response.

For all of 2019, Samsung predicted its operating profit at 27.71 trillion won, marking a 52.9 percent on-year drop and the lowest since 2015, when the comparable figure was 26.4 trillion won.

However, the tech firm is widely expected to see improved earnings this year on the back of a recovery in chip prices and eased supply glut. 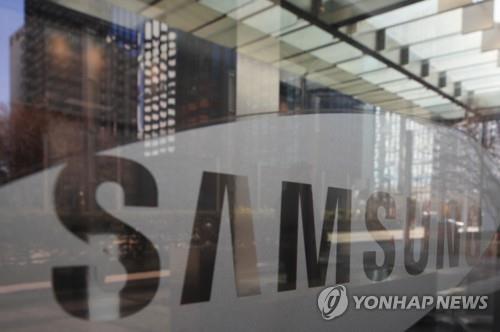 "The chipmaking business will lead an overall improvement in earnings," said Kim Dong-won, an analyst at KB Securities. The analyst set the target price for Samsung at 70,000 won, up from the previous 63,000 won, expecting Samsung's operating income to rise 50 percent to 41.4 trillion won for the year.

The country's state pension fund, the National Pension Service, also enjoyed a 18.59 percent rise in the value of its Samsung stocks over the cited period to 38.43 trillion won. The rise was in part because of the No. 1 institutional investor's increased stake in the tech behemoth.

It jacked up its stake to 9.55 percent during the fourth quarter of last year from the previous 9.14 percent.