Midfielder Lee Dong-jun scored for the second straight match and forward Cho Gue-sung netted a stunner, as South Korea picked up their second victory at the Asian Football Confederation (AFC) U-23 Championship at Tinsulanon Stadium in Songkhla, Thailand. 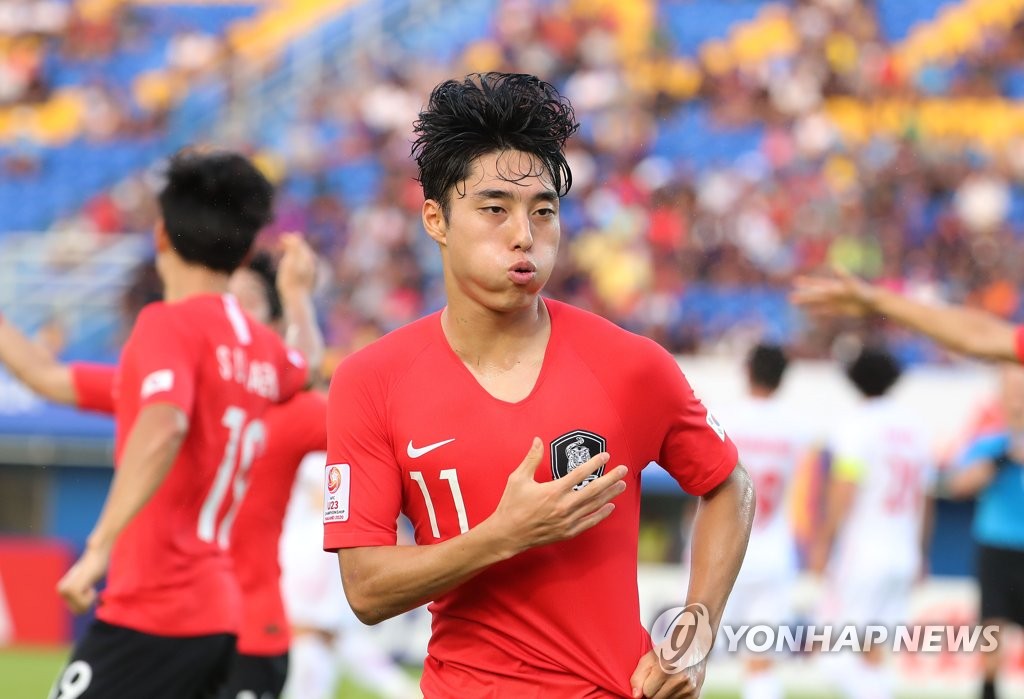 Reza Shekari had Iran's lone goal in the second half.

This event doubles as the continental qualification tournament for the 2020 Tokyo Olympics, with the top three teams to compete in Japan later this year.

Coached by Kim Hak-bum, South Korea opened the tournament with a 1-0 win over China last Thursday. And with their second straight win, South Korea assured themselves of at least the second seed in Group C. Their final group match is against Uzbekistan at Thammasat Stadium in Rangsit on Wednesday at 5:15 p.m. local time, or 7:15 p.m. in Seoul.

Kim replaced seven members of the starting lineup from Thursday's win, and Lee, who came off the bench in the first match, and Cho, who didn't play against China, both made their first starts.

Lee scored his winner against China only moments before the final whistle. On Sunday, he put the team on the board after 22 minutes by pouncing on a rebound after a hard shot from Maeng Seong-ung. 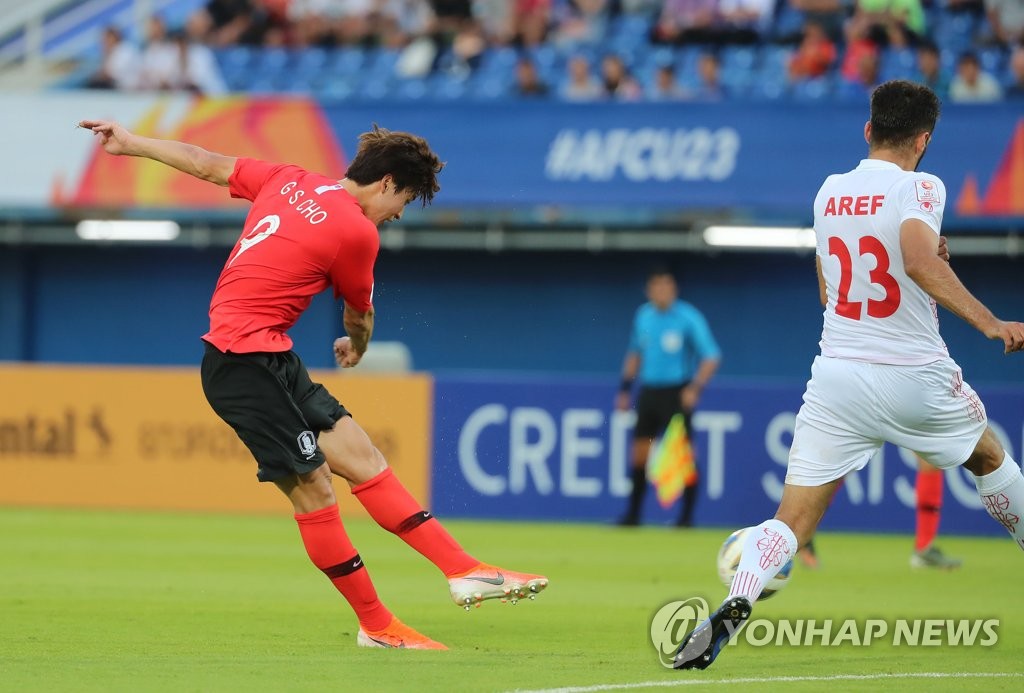 Maeng, who nearly scored in the 15th minute with a mid-range strike, once again tested goalkeeper Habib Far Abbasi. The shot led to a juicy rebound, and Lee was right on the doorstep to slot it home for a 1-0 lead.

Cho, making his first start of the tournament, doubled the advantage in the 35th minute with a thunderous strike from just outside the box. His left-foot shot, set up by Maeng, traveled through the legs of defender Aref Aghasi, and Far Abbasi couldn't get to the ball in time despite his desperate dive.

Iran cut the deficit in half in the 54th, when Shekari snuck behind the defense to head home a Reza Dehghani cross. And Iran continued to put pressure on South Korea the rest of the second half, forcing Kim to bring a couple of defensive-minded players off the bench.

During added time, goalkeeper Song Bum-keun made a key save to preserve the win for South Korea, denying Ali Shojaei from point-blank range on the left side.

South Korea are going for their ninth consecutive Olympic appearance. 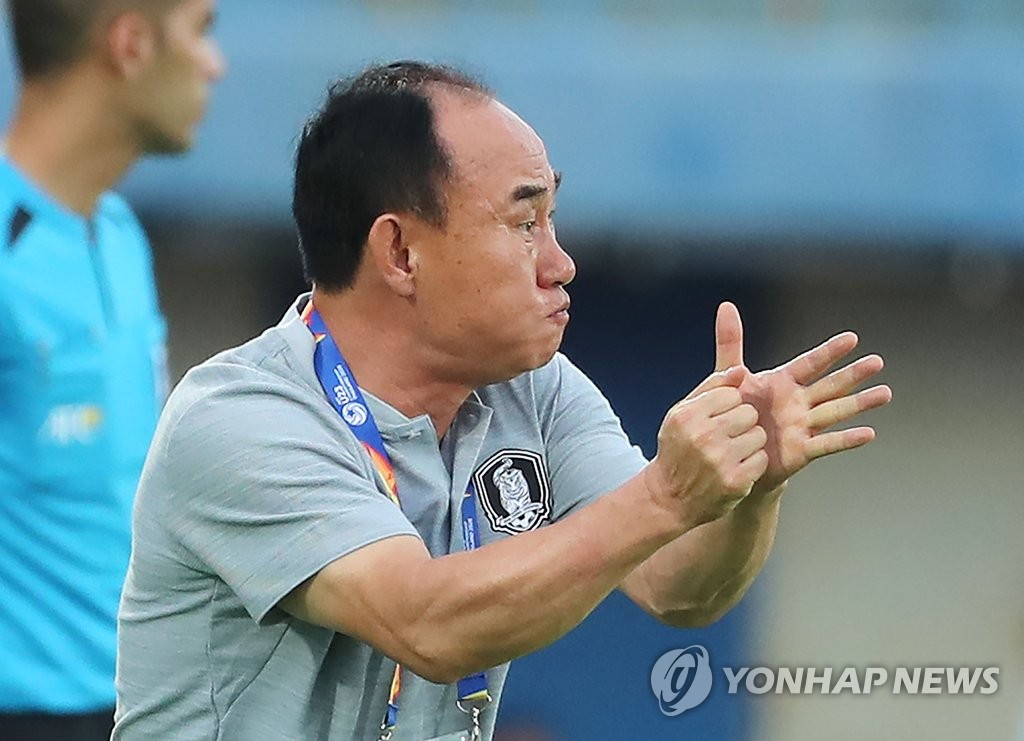