Seoul unveiled its so-called hydrogen economy drive last year, seeking to utilize the resource as the main source of energy for power generation, vehicles and other daily uses, while reducing reliance on fossil fuels and nuclear power.

The accumulated sales of hydrogen fuel cell cars here hovered above 5,000 units in 2019, compared to around 900 units from a year earlier, according to the data compiled by the Ministry of Trade, Industry and Energy.

Under the project, South Korea disbursed some 370 billion won (US$319 million) to promote sales of hydrogen cars and develop related technologies.

Hydrogen can be acquired by processing liquefied natural gas or as a byproduct of industrial facilities, including petrochemical plants. It is considered an environmentally friendly energy source as it only creates water during the process of creating energy.

The accumulated exports of hydrogen fuel cell cars reached 1,700 units as of end-2019, marking a sharp growth from 936 units posted in 2018, the data showed. Seoul attributed the increase to rising demand for South Korean cars in the European market.

South Korea said its exports of hydrogen fuel cell cars will further increase down the road as local companies have been penetrating deeper into buses and trucks as well.

Hyundai Motor earlier said it plans to ship some 1,600 units of hydrogen fuel cell trucks to the European market by 2025. The first test model was sent to Switzerland earlier this year.

The country also has made notable progress in beefing up its infrastructure for hydrogen cars domestically. The country completed installation of 34 hydrogen charging stations as of 2019, up from 14 units posted a year earlier.

Under the blueprint of the hydrogen economy, South Korea plans to complete the installation of a whopping 1,200 charging stations by 2040, making them accessible from most parts of the country. 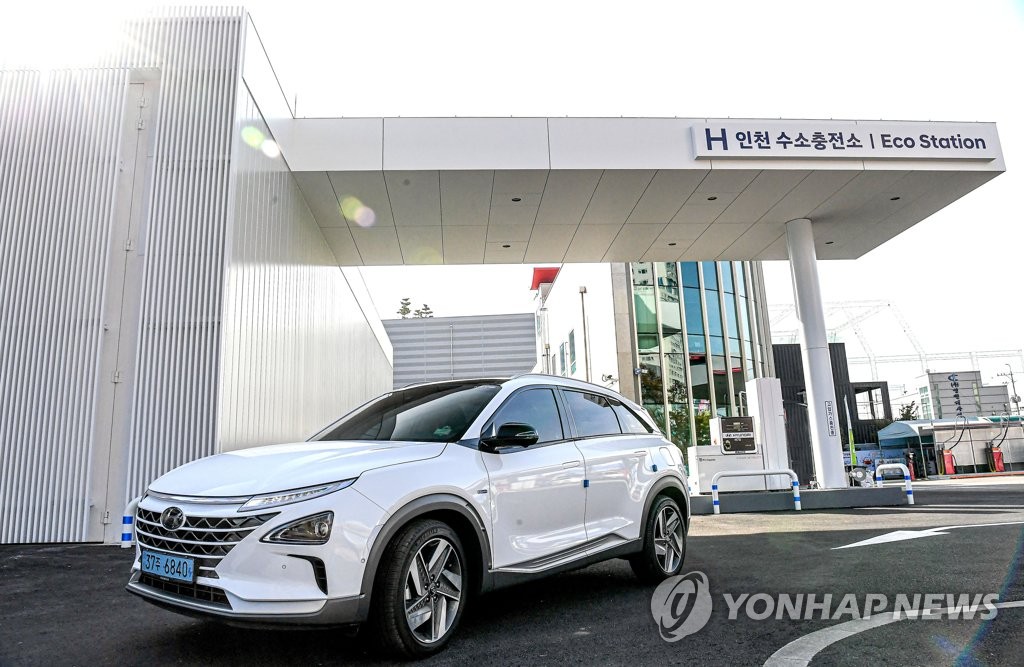