(ATTN: UPDATES with details from 3rd para)
By Kim Deok-hyun

The country's exports stood at US$13.3 billion in the January 1-10 period, compared with $12.7 billion in the same period last year, according to the Korea Customs Service. 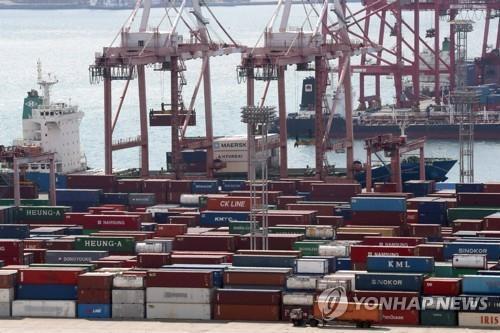 By product, exports of semiconductors and petrochemical goods rose 11.5 percent and 30.6 percent, respectively.

In contrast, outbound shipments of passenger cars and wireless equipment fell 4.6 percent and 4.8 percent, respectively, according to the data.

But shipments to China and the United States declined 3.5 percent and 12 percent, respectively, reflecting a yearlong trade row between the world's top two economies, which are also South Korea's two largest trading partners.

South Korea imported goods worth $15.4 billion in the 10-day period, up 5.7 percent from a year earlier.

South Korea's exports fell 10.3 percent in 2019, hit by a slump in the global chip market coupled with the trade feud between the U.S. and China.

It marked the first time in 10 years for the annual exports to drop by a two-digit rate.