SEOUL, Jan. 13 (Yonhap) -- South Korea and the United States have made progress "to some extent" in their negotiations for determining Seoul's share of the costs for stationing American troops here, Seoul's chief negotiator said Monday.

Jeong Eun-bo made the remark as he was leaving for Washington to hold another round of talks with his U.S. counterpart, James DeHart, set to run through Wednesday.

"We assess that progress has been made to some extent and that we have broadened our understanding through the series of negotiations we have had so far," he told reporters at Incheon International Airport, west of Seoul.

"We will work to strike a deal at an earliest date possible so that the deal can be reached within a scope that is mutually acceptable and also that we can minimize the vacuum while contributing to strengthening the South Korea-U.S. alliance and the allies' defense posture."

Jeong's comment comes after Washington hinted that the two sides are closer to an agreement on the cost-sharing deal, known as the Special Measures Agreement (SMA), which expired at the end of last year. 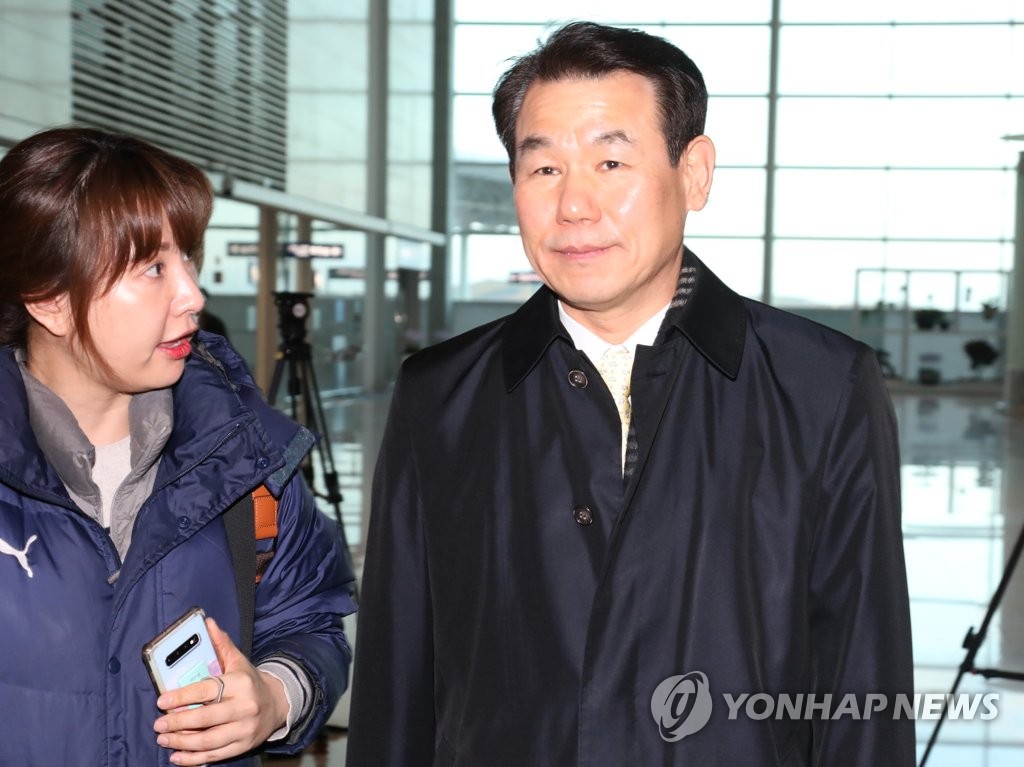 A U.S. State Department official said in Washington last week that the two countries are "a little further afield" than they were before. In Seoul, top U.S. envoy Harry Harris said the negotiation process is "entering its final phase," and that DeHart is "optimistic."

On Monday, Jeong said he expects to reach a "comprehensive deal" with the U.S. in the end, though he did not give further details.

The allies have held five rounds of talks since launching the negotiations in September last year. They remain apart on key sticking points, such as the level of Seoul's contribution and what should be included in the Special Measures Agreement (SMA).

Washington has called for a change in the SMA framework to expand the coverage of Seoul's share, including U.S. rotational military personnel stationed on the Korean Peninsula. Seoul has maintained the negotiations should proceed under the current framework.

Jeong reiterated that Seoul is sticking to its stance and that he has been emphasizing to the U.S. side that the South has made big contributions to the alliance, including arms purchases from Washington.

"But we do not think that what to purchase or how much we purchase is something that should be discussed in our negotiations," he said.

Jeong added that the two sides will also work quickly to strike a deal, bearing in mind that a delay in the talks could affect South Korean workers hired by the U.S. Forces Korea, such as a delay in wage payments.