SEOUL, Jan. 13 (Yonhap) -- The on-and-off nuclear talks between the United States and North Korea could remain stalled through the first half of this year as both appear unwilling to budge, with little wiggle room for South Korea to facilitate their dialogue, experts said Monday.

On Saturday, former North Korean nuclear envoy Kim Kye-gwan reiterated that the North would not return to dialogue without U.S. concessions and showed aversion to the South's role as a mediator.

The negotiations between the U.S. and the North have been stalled since their last talks in Sweden in October, as Pyongyang, steeped in its "self-reliance" ethos, has been clamoring for U.S. concessions and warning of provocations.

"The North is unlikely to come out for the time being given its position that it would not return to dialogue before the U.S. gives ground or sends out a signal for concessions," Shin Beom-chul, a senior fellow at the Asan Institute of Policy Studies, said.

The Donald Trump administration may also find it difficult to offer a concession that could make the American president, whose political career has been stained by impeachment proceedings against him, appear weak in the lead-up to the November election, he added.

In recent months, the North has called for the removal of "all obstacles" that threaten the security of the North and hamper its development. The demands are seen as calls for sanctions relief and security assurances.

"It can be said that the reopening of dialogue between the DPRK and the U.S. may be possible only under the condition of the latter's absolute agreement on the issues raised by the former," Kim, now a foreign ministry advisor, said.

"We know well about the way we should go and will go on our way," he added. 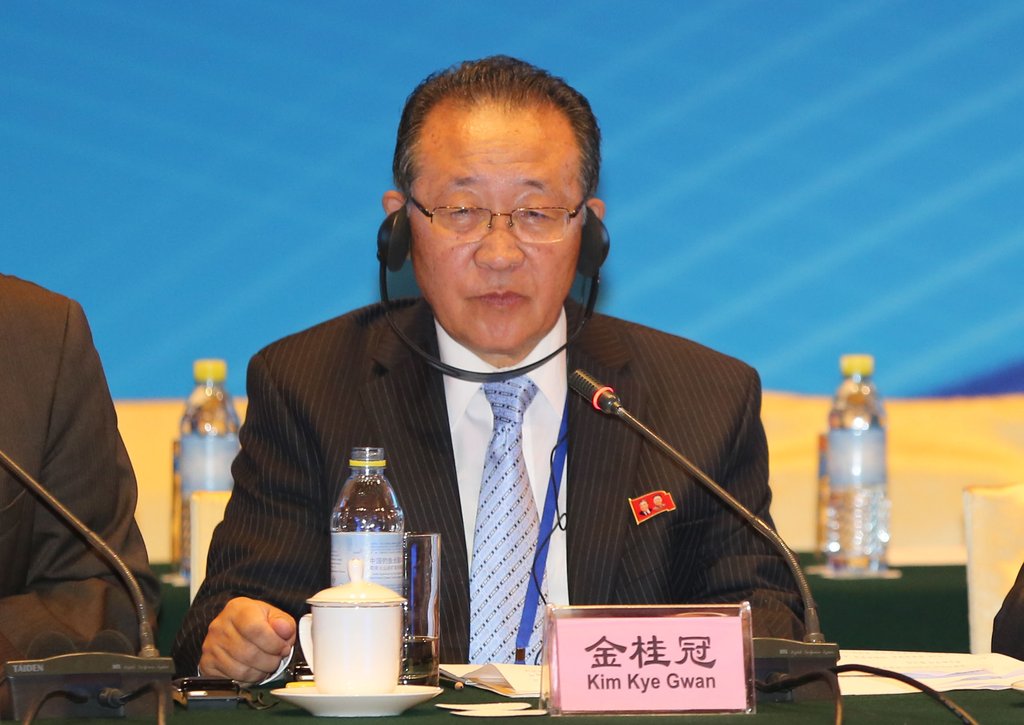 Despite such a hard-line stance by the North, some observers have pinned hopes on conciliatory gestures from each side for the resumption of dialogue. They could include Washington's suspension of its springtime military exercise with Seoul and Pyongyang's halt to military provocations.

But the dialogue process could be put in jeopardy should the North break its promise to cease nuclear and long-range missile tests.

In his New Year's message during a key ruling party meeting, North Korean leader Kim Jong-un warned of a "new strategic weapon" test and "shocking actual action" in a show of frustration or impatience over the absence of progress in the nuclear negotiations.

Observers anticipate that the North could engage in another round of saber-rattling in March or April when Seoul and Washington usually conduct their regular combined military drills, which Pyongyang has long decried as a rehearsal for invasion.

As the allies did last year, they could suspend, delay or scale down the exercise. But they have felt the growing need to proceed with the springtime exercise, as they want to test Seoul's capability and readiness to retake wartime operational command from Washington.

Should there be no serious flare-up of tensions in the spring, dialogue between Washington and Pyongyang could resume in May or June, according to some observers. But it remains uncertain whether the North would return without any major incentive such as partial sanctions relief.

In various public statements, the North Korean leader has signaled that his country is girding for what could be a long-term struggle for national "dignity," even if that means his people having to tighten their belt.

In his weekend statement, the former North Korean negotiator pointed out that Pyongyang would not engage in negotiations to exchange its core nuclear facility for some sanctions relief "in a bid to lessen the sufferings of the peaceable people even a bit."

Further dimming the prospects of dialogue is the shrinking maneuvering space for South Korea's diplomacy, with Pyongyang disparaging its role as an intermediary in a show of anger at Seoul's limitations in persuading Washington to cede ground.

"It seems it still has lingering hope for playing the role of mediator in the DPRK-U.S. relations," Kim Kye-gwan said. "It is somehow presumptuous for south Korea to meddle in the personal relations between Chairman of the State Affairs Commission Kim Jong-un and President Trump."

Although he is well aware of the North's stance on the matter, South Korean President Moon Jae-in doubled down on his push for inter-Korean cooperation in such projects as linking roads and railways across the border and turning the Demilitarized Zone into an international peace zone."

"The reiteration of his push for such inter-Korean projects aims to guide the North back into dialogue, but the North's foreign ministry advisor's statement seems to foreshadow an uphill battle ahead," a Seoul official told Yonhap News Agency on condition of anonymity.

"But we need a very careful and meticulous approach to achieve our peace goal even though our maneuvering space is limited," he added.

High military tensions between Washington and Tehran have also cast a shadow over engagement with Pyongyang, as they appear to be diverting America's policy attention from the recalcitrant regime.

(News Focus) U.S.-N.K. nuke deadlock may continue in H1 with no signs of budging: experts

(News Focus) U.S.-N.K. nuke deadlock may continue in H1 with no signs of budging: experts