In a group interview with South Korean reporters on the sidelines of the Consumer Electronics Show (CES) n Las Vegas last week, Hyundai Mobis Vice President Ko Young-suk briefed on how the company will secure the capital and where it will be spent, according to a company spokesperson. 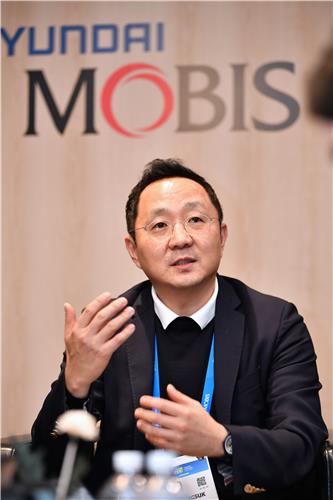 The company's 2022 capital plan is in line with its board's decision early last year that the parts maker will spend over 4 trillion won through 2021 for capacity expansion, partnerships with domestic and overseas startups and mergers and acquisitions, the spokesperson said.

While increasing its investment in future vehicle technologies, Hyundai Mobis will make further efforts to achieve sales of 44 trillion won by 2025, said Ko, who is in charge of the company's strategic planning division.

"We are aiming to raise the ratio of sales we earn from non-Hyundai Motor Group clients to 40 percent by 2025 from the current 10 percent," he said. 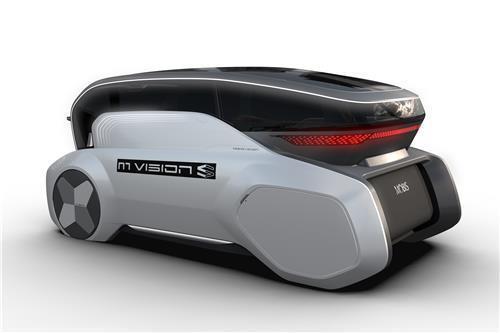 The firm introduced Level 4 self-driving technology in its concept M.VISION at the previous CES.

Hyundai Mobis has been conducting motorway tests of Level 3 technology in its M.BILLY autonomous car since 2018 in South Korea, the United States and Europe. Since Level 3 cars are only good for limited self-driving, the driver must be available to take control of the car if the need arises.

Hyundai Mobis has developed Level 2 technology in which the driver can initiate a lane change on a highway, as well as exit and join highways, if the driver merely uses the indicator light. Level 1 is intended to keep a vehicle in its lane and effectively help protect the driver from the often serious consequences resulting from lack of attention, distraction or a few seconds of micro-sleep.

Looking ahead, Ko said he expected Level 2 cars will account for 85 percent of the autonomous vehicle markets in 2030, with Level 3 and Level 4 cars taking up 10 percent and 5 percent, respectively.

"Most Level 4 cars will be robo-taxis," he said.