The move came in response to an online petition submitted to the presidential office amid lingering debates over the prosecution's way of investigating the allegations of crimes related to his children's schooling and a family investment in a private equity fund.

It called for the National Human Rights Commission (NHRC), an independent body, to see if the prosecution has infringed the human rights of Cho and his family in the process of the probe that triggered massive street rallies in Seoul for and against Cho, a close aide to President Moon Jae-in. 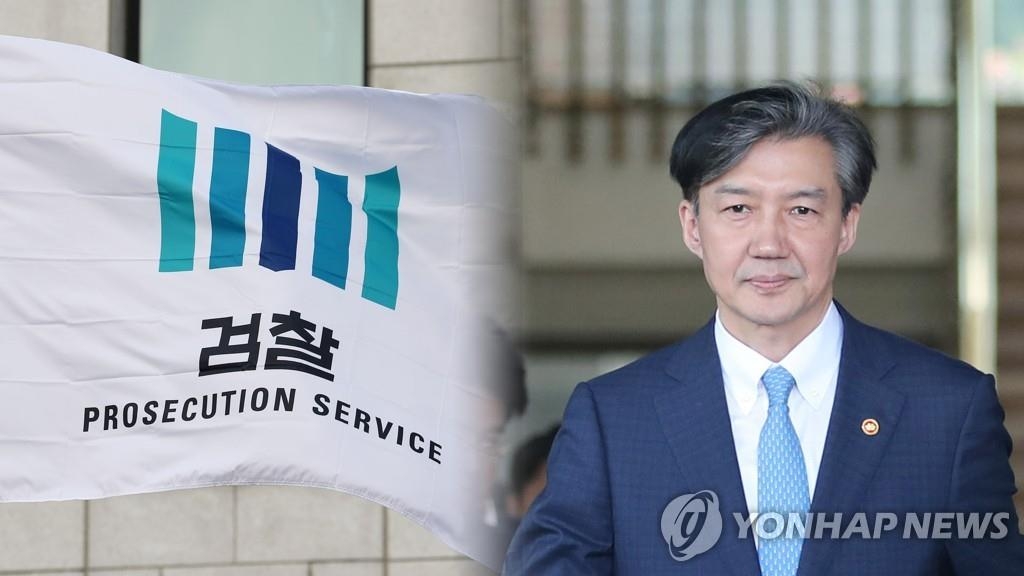 Cho drew up the master plan for the government's far-reaching prosecution reform measures.

Moon nominated Cho on Aug. 9 last year to lead the Ministry of Justice and spearhead the prosecution reform drive.

A day after the ruling and opposition parties agreed on the schedule for his confirmation hearing, the prosecution launched simultaneous raids on about two dozen offices and other facilities as part of their probe into the Cho scandal.

It indicted Cho's wife, Chung Kyung-sim, on the day when he was attending the hearing. Chung, a college professor, was later arrested. Prosecutors also carried out an 11-hour raid on Cho's home in Seoul weeks before indicting him on charges of crimes largely associated with personal affairs rather than high-profile corruption.

Responding to the petition, Cheong Wa Dae said it has sent an official letter signed by the presidential chief of staff, Noh Young-min, to the NHRC, requesting its own investigation into the prosecution's alleged violation of human rights.

The commission has notified Cheong Wa Dae that it could be able to begin a formal probe, if necessary, after checking whether it's a matter related to protecting human rights, according to Kang Jeong-soo, secretary for digital communication of the NHRC.