The Academy of Motion Picture Arts and Sciences unveiled its final list of nominations for the 2020 Oscars Awards, to be held on Feb. 9.

It is the first time that a South Korean-made film has made it to the final nominees list of the Academy Awards. 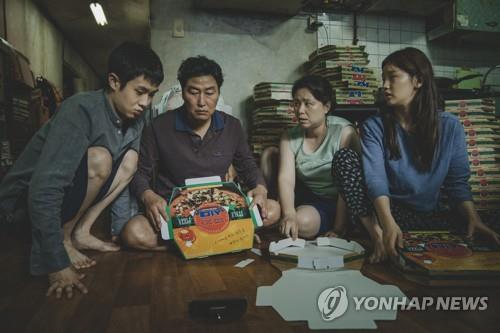 In the best direction category, Bong Joon-ho is listed with Sam Mendes of "1917," Todd Phillips of "Joker," Martin Scorsese of "The Irishman" and Quentin Tarantino of "Once Upon a Time in Hollywood."

"Parasite," co-written by Bong and Han Jin-won, is also nominated in the best original screenplay category along with "Knives Out," written by Rian Johnson, "Marriage Story" by Noah Baumbach, "1917" by Sam Mendes and Krysty Wilson-Cairns and "Once Upon a Time in Hollywood" by Quentin Tarantino.

For the best international feature film prize, previously known as best foreign language film, "Parasite" will vie with "Corpus Christi" from Poland, "Honeyland" from North Macedonia, "Les Miserables" from France and "Pain and Glory" from Spain.

"Parasite" is also among the five candidates for best production design -- "The Irishman," "Jojo Rabbit," "1917" and "Once Upon a Time in Hollywood."

On top of that, it will compete for the best editing award along with "The Irishman," "Ford v Ferrari," "Jojo Rabbit" and "Joker."

Bong's seventh feature film is a family satire that depicts the entrenched social class system through the lives of two families, one rich and one poor, with Bong's humor and suspense.

Since winning the top prize at this year's Cannes Film Festival, "Parasite" has emerged as a serious contender for an Oscar trophy in the U.S. awards season. It has collected a number of prizes from U.S. film critics associations and brought home best foreign language film at the Golden Globes Awards last week.

The film has grossed over US$24 million in the United States, becoming the most popular subtitled film of the year. 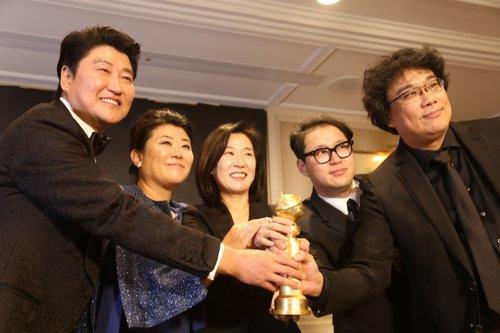 Meanwhile, South Korean documentary film. "In the Absence," on the tragic Sewol ferry sinking was nominated in the Oscars documentary short subject category.

The 92nd Oscars ceremony will take place at the Dolby Theatre in Hollywood, Los Angeles, on Feb. 9. 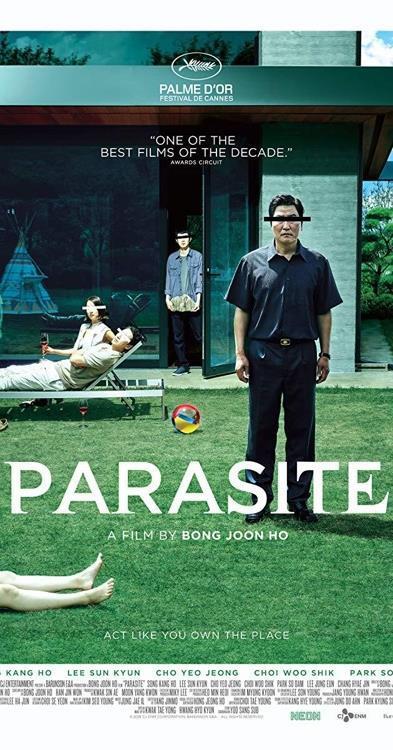