SEOUL, Jan. 14 (Yonhap) -- South Korea said Tuesday it plans to hold the third round of free trade agreement (FTA) negotiations with Russia in the service and investment segments this week, as the country endeavors to diversify its trade portfolio amid protectionism.

The two will hold the meeting in Moscow from Wednesday to Friday with a goal to strike the deal this year, according to the Ministry of Trade, Industry and Energy.

Seoul and Moscow first kicked off their negotiations in June last year to lower barriers for the service and investment segments. The previous meeting was held in Seoul in October.

During the upcoming gathering, the two countries especially plan to flesh out their written agreement. 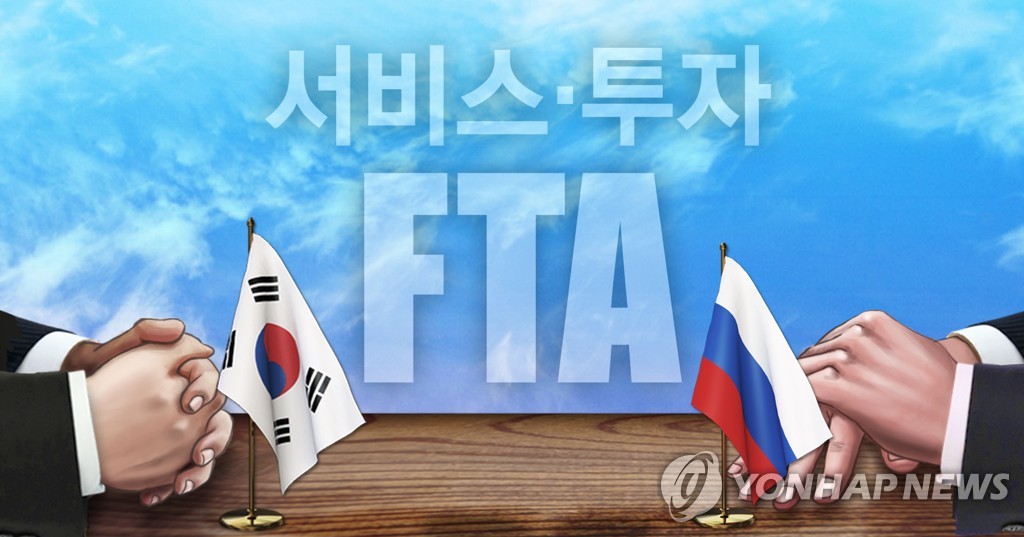 The FTA talks with Russia are in line with Seoul's New Northern Policy that centers on boosting its economic and diplomatic ties with countries in Eurasia.

The FTA talks with Russia, meanwhile, are anticipated to lend a hand to South Korea's efforts to launch separate free trade talks with the Eurasian Economic Union (EAEU), which has Russia, Armenia, Belarus, Kazakhstan and Kyrgyzstan as its members, the ministry said.