SEOUL, Jan. 14 (Yonhap) -- South Korea has just clinched a spot in the Olympic women's volleyball tournament, and you could forgive Stefano Lavarini, the team's head coach, for wanting to enjoy the accomplishment for a few more days.

"Since (Sunday), I've just been talking to my team about enjoying what we did," he said Monday night after returning from Thailand, where South Korea won the Asian qualifying tournament for the 2020 Tokyo Olympics. "Since I arrived here, almost a year ago, we've been focusing on the ticket (to the Olympics). We just want to enjoy some days (to savor this accomplishment)." 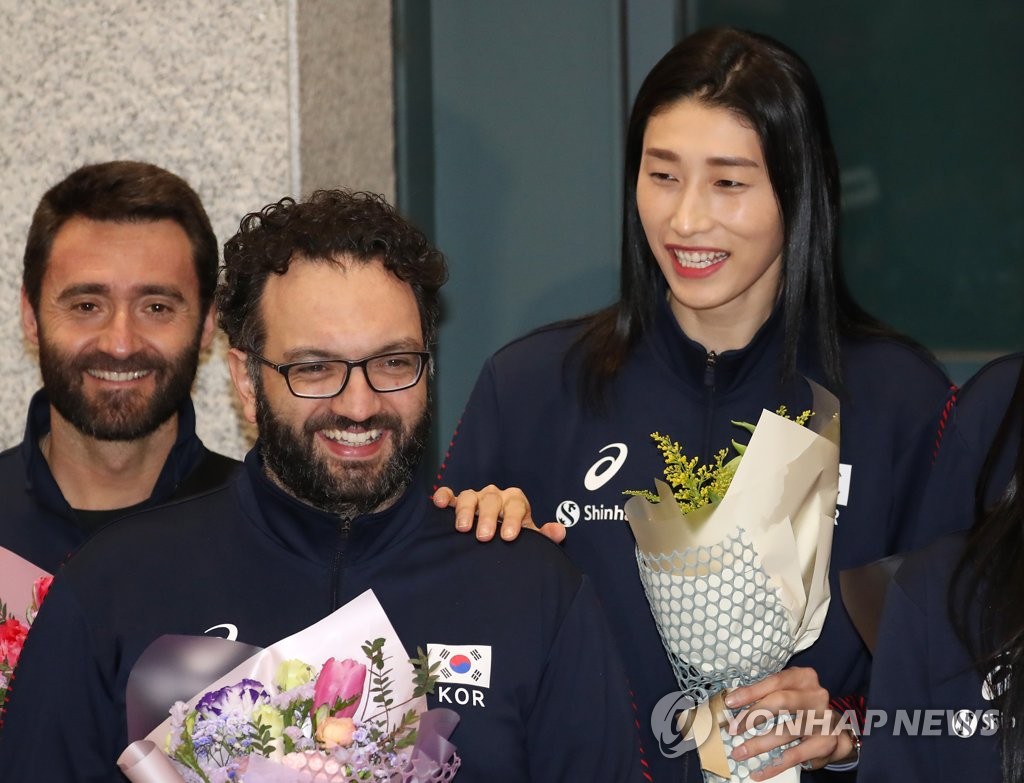 And once the celebration is done, it's going to be back to the drawing board. Specifically, the Italian coach said he's not finished trying to expanding his team's attack.

"I'd like to be much more different than the way we're attacking now," he said. "For sure, we want to improve as much as we can."

Lavarini, who took the South Korean helm a year ago, noted that his team has "made great improvements" over the past 12 months. But he also acknowledged that, while preparing for the Olympic qualifying tournament, there wasn't enough time for his players to practice some of his new tweaks to the offense.

"We're playing a little faster. We're working on different ways in blocking," Lavarini said. "This time (at the Olympic qualifiers), it was not to easy to make experiments. In the future, I want to focus on those more."

Lavarini is largely credited with moving South Korea away from its overdependence on Kim Yeon-koung, a world-class outside hitter and team captain, and allowing other attacking players to develop.

And Lavarini was forced to rely more on those other options in Thailand, as Kim suffered an abdominal muscle tear that limited her during the preliminary round and sidelined her for the semifinals.

"Kim Yeon-koung was not at the top, physically, so we managed this situation day by day," Lavarini said. "We tried to save as much energy (for Kim) as we could for the final, hoping we could reach the final." 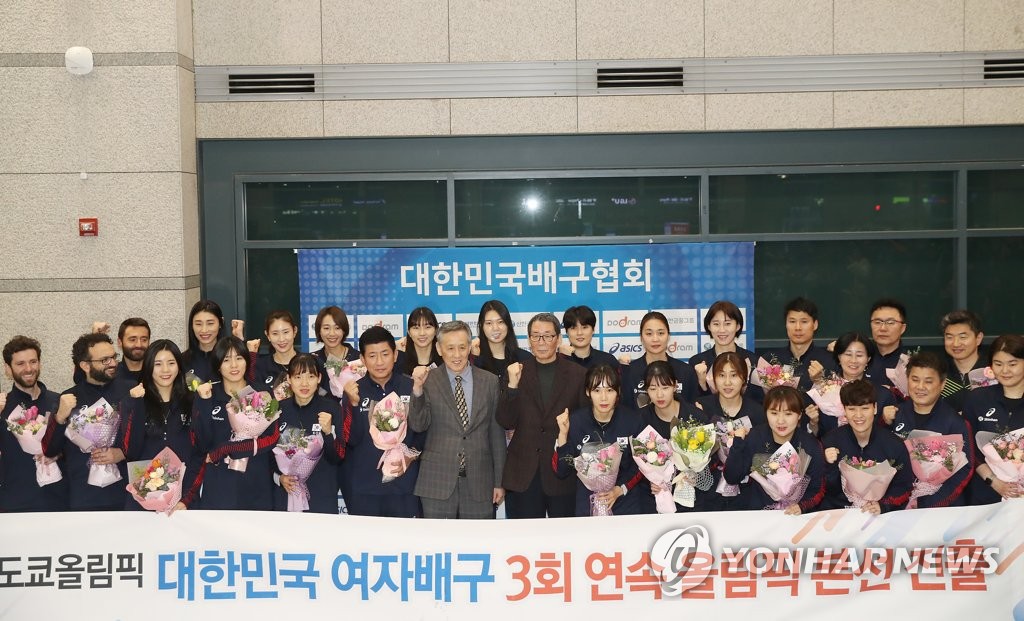 South Korea did make it to the final, and Kim, playing after taking painkillers, dominated Thailand with a match-high 22 points.

The victory made for one pleased coach.

"I feel super happy. I've never felt happier," Lavarini said. "It's fantastic. I want to thank (the Korean Volleyball Federation) for giving me this opportunity, and thank the girls. They were wonderful. They did a great job."

And then after a brief pause for effect, Lavarini added, "Once again."