SEOUL, Jan. 14 (Yonhap) -- South Korea's top nuclear envoy will head to the United States this week for talks with his U.S. counterpart amid the prolonged deadlock in negotiations with North Korea, Seoul's foreign ministry said Tuesday.

Lee Do-hoon, special representative for Korean Peninsula peace and security affairs, will leave for Washington on Wednesday and plans to meet with Deputy Secretary of State Stephen Biegun, who doubles as the chief U.S. envoy in negotiations with the North, the ministry said in a release.

Lee is scheduled to return home on Saturday.

Their discussion will focus on sharing assessments on the latest situation on the Korean Peninsula and ways to realize complete denuclearization and lasting peace on the peninsula, the ministry said.

Lee and Biegun last spoke by phone on New Year's Day after North Korean leader Kim Jong-un warned he would soon unveil "a new strategic weapon" and take a "shocking actual action" in protest of the stalled nuclear dialogue with Washington.

On Saturday, the North said the nuclear talks can resume only when the U.S. fully accepts Pyongyang's demands, and warned South Korea not to "meddle in" the relationship between leader Kim and U.S. President Donald Trump.

During the planned visit, Lee also plans to attend the inauguration ceremony for Biegun slated for Friday, the ministry added. Biegun was promoted to the No. 2 post at the state department last month following Senate approval, while retaining his job as the nuclear envoy. 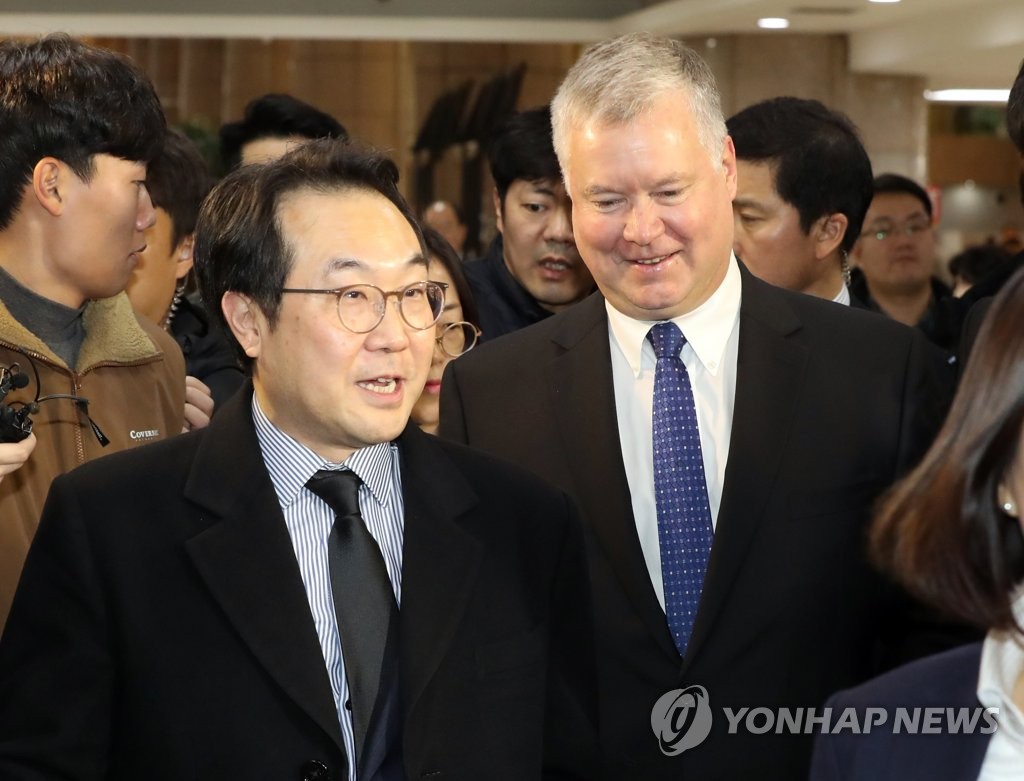 S. Korea's nuke envoy to head to U.S. for talks with Biegun on N.K.

S. Korea's nuke envoy to head to U.S. for talks with Biegun on N.K.