SEOUL, Jan. 14 (Yonhap) -- South Korea said Tuesday it plans to adopt tougher regulations to prevent animal cruelty and to provide animals with a better living environment as part of efforts to improve animal welfare in the country.

The set of strengthened policies, which runs through 2024, will focus on enhancing the public's awareness of animal welfare and on improving living conditions for not only pets but also laboratory animals and livestock, according to the Ministry of Agriculture, Food and Rural Affairs.

Compared to the previous five-year plan, which ran through 2019, the new blueprint will provide more details on protecting the rights of pets, in line with the rising number of South Koreans adopting them, the ministry said. 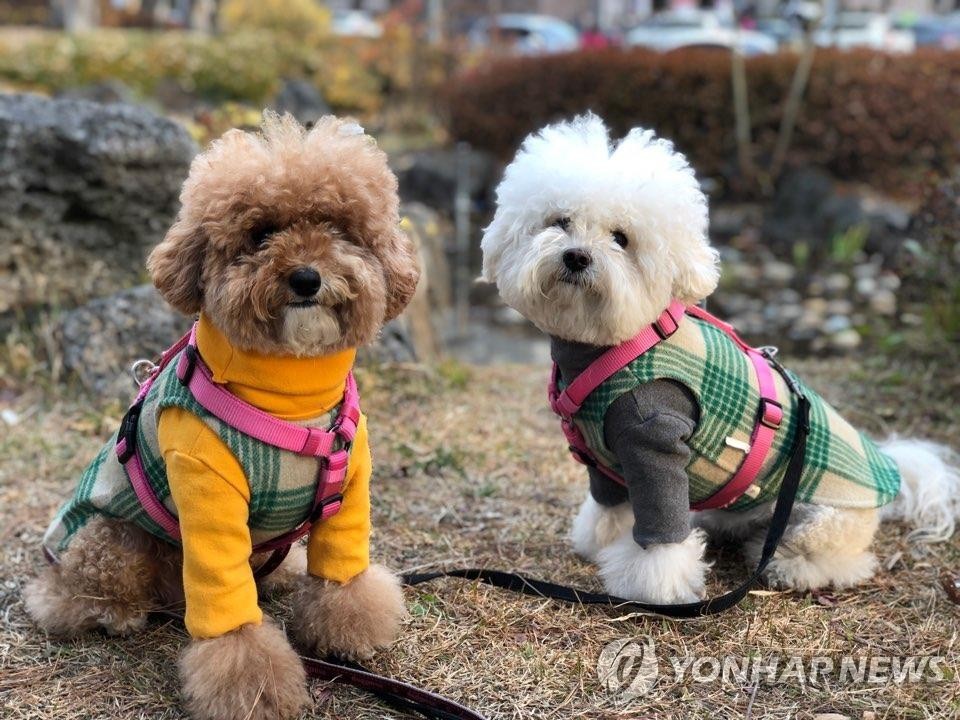 More than a quarter of South Korean households had a pet as of 2019, compared with 17.4 percent of homes in 2010, according to the ministry.

The country's market for pets and related business is estimated to reach 3.4 trillion won (US$2.95 billion) this year and to expand to 5.7 trillion won in 2026.

Starting in 2022, prospective pet owners will only be allowed to adopt pets after completing a mandatory course in order to improve their awareness of animal rights. Information on the subject will be provided to schoolchildren.

The ministry said it will also consider a scheme that requires owners of such dogs to get permission to raise them at apartments and other multi-unit dwellings.

There have been calls that raising the dogs, usually grouped as fierce ones, should be tightly regulated as there have been a few cases of dogs biting people in the country.

The definition of cruelty will cover a wider range of abuse, with any mistreatment leading to the death of an animal receiving a maximum three-year jail term, up from the previous two years.

Pet owners will be banned from keeping dogs on a short leash at home and from confining them in rooms with limited light.

The ministry said it will also set guidelines on adequate living space at animal farms this year and review the provision of incentives for facility renovation. Provincial governments will be ordered to establish guidance on rights for animals used in festivals including bull fighting.

Using animals for experiments will also face tougher regulations, and violators may face a jail term of up to two years for violations, compared to the previous maximum 3 million-won fine, the ministry added.