LG's TV products -- from roll-down TVs to very thin wall-mounted TVs -- caught the eyes of attendees at the Consumer Electronics Show (CES) 2020 in Las Vegas, Nevada, last week, but the South Korean tech giant said it hopes that consumer attention can be also seen at major electronics retailers, including Best Buy that runs more than 1,000 stores in the U.S. 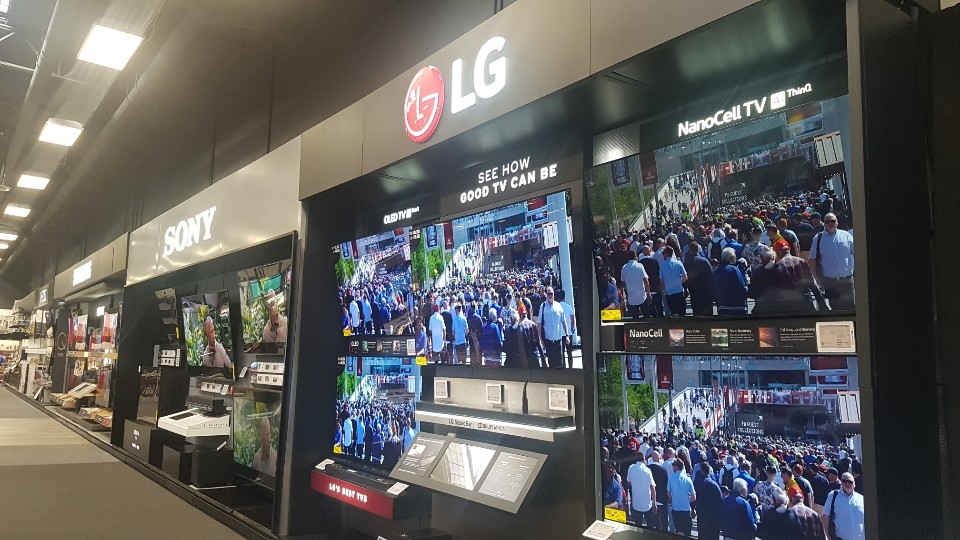 At Best Buy, LG is one of the four electronics brands that have their own exhibition space for TVs, along with Samsung, Sony and Vizio.

Each brand has its own hero product to attract customers at Best Buy, and LG's is its 77-inch 4K OLED TV that costs about $5,500.

Despite the expensive price, the 77-inch 4K OLED model is one of the top-selling TVs at Best Buy, according to Lee Hyun-cheol, a manager on LG's home entertainment TV product management team.

"Our 77-inch 4K OLED model sales are twice that of the competitor's 82-inch 8K TV sold here," Lee told reporters at a Best Buy store in Las Vegas, Nevada. "U.S. consumers prefer big TVs, and they also care about picture quality, which is why this TV model is popular."

OLED, or organic light-emitting diode, is highlighted by self-illuminating pixels and is best known to deliver perfect black compared with other LCD or LED TVs that use backlight.

"I say (to customers) that you get OLED, you get deeper black at a reasonable price," Dawson said. "People who watch sports and love action movies, they definitely go toward LG OLEDs." 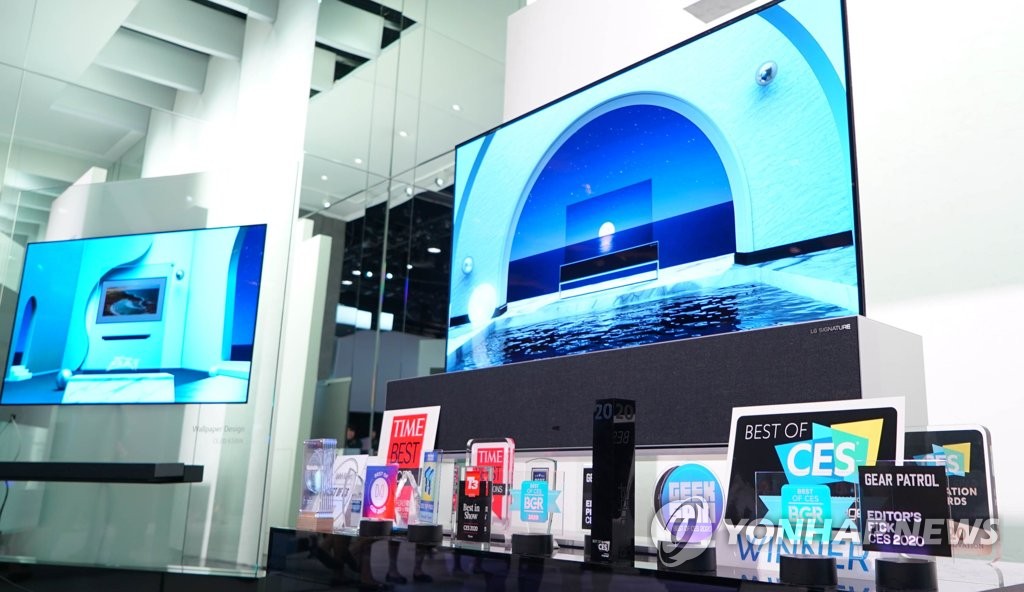 Industry observers predict that LG could further expand its presence in the premium TV market even though it already boasts a dominant share at 75 percent in the segment. According to market tracker IHS Markit, OLED TVs are expected to make up 53.1 percent of the premium TV market in 2021 in terms of sales value.

With the TV industry moving toward 8K resolution, LG is also looking to dominate that sector.

LG said its 88-inch OLED Signature TV is displayed at only 50 selective Best Buy stores in the U.S. with a price tag of $30,000, but despite that jaw-dropping price, two or three units of the flagship TV are sold per week.

"We know it's expensive, but those who want to have a high-end product at their home will buy it," said Lee at LG's TV product management team. "Currently, the 8K TV market isn't ripe because there is a lack of 8K content, but we believe the market will rise in the second half of this year." 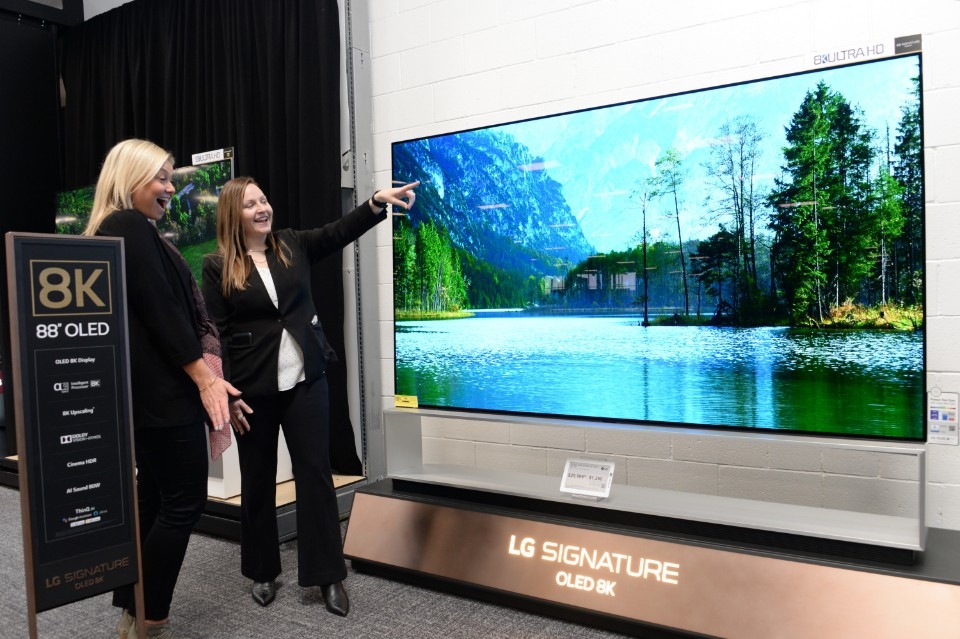 LG said what distinguishes its 8K TV sets at Best Buy from other competitors is the 8K UHD logo that it earned from the U.S. Consumer Technology Association (CTA).

The CTA's 8K definition is based on ICDM standards, which states that a TV's resolution must have a 50 percent minimum contrast modulation (CM) level, along with at least 33 million active pixels.

Samsung recently announced that its QLED TVs also received the CTA's 8K certification, but those with the 8K UHD logo will go on sale in the U.S. market in the first quarter.

LG said it will actively promote 8K TVs in the U.S. According to IHS Markit, North America was projected to account for 27.1 percent of the global 8K TV sales this year, the largest among any other regions.

"High-end consumers tend to buy fresh, innovative products because they believe they represent their identity," said LG's U.S. marketing chief Huh. "We will keep trying to meet U.S. consumers needs in the premium market by selling our high-tech products."