SEOUL, Jan. 14 (Yonhap) -- President Moon Jae-in said Tuesday it is premature to be gloomy about the Korea peace process, pointing out the relatively good personal relationship between the leaders of North Korea and the United States.

In his New Year's press conference at Cheong Wa Dae, he said, "I think we are not at the stage for now to be pessimistic about South-North dialogue and North Korea-U.S. dialogue, although it's not a stage be optimistic."

He mentioned President Donald Trump's birthday greetings to North Korean leader Kim Jong-un last week, which were sent in a personal letter, while concerns about the communist nation's provocations were running high.

Moon called the letter, through which Trump emphasized his relationship with Kim once again, "very positive" and a "good idea."

"North Korea accepted it and immediately released a response. It stressed the relationship between the two leaders," the president said.

Even if dialogue between Pyongyang and Washington is not active, Trump and Kim are maintaining mutual trust, with efforts for the resumption of talks under way, Moon added.

He also said the government is continuing a push for expanding inter-Korean cooperation with an "optimistic prospect." 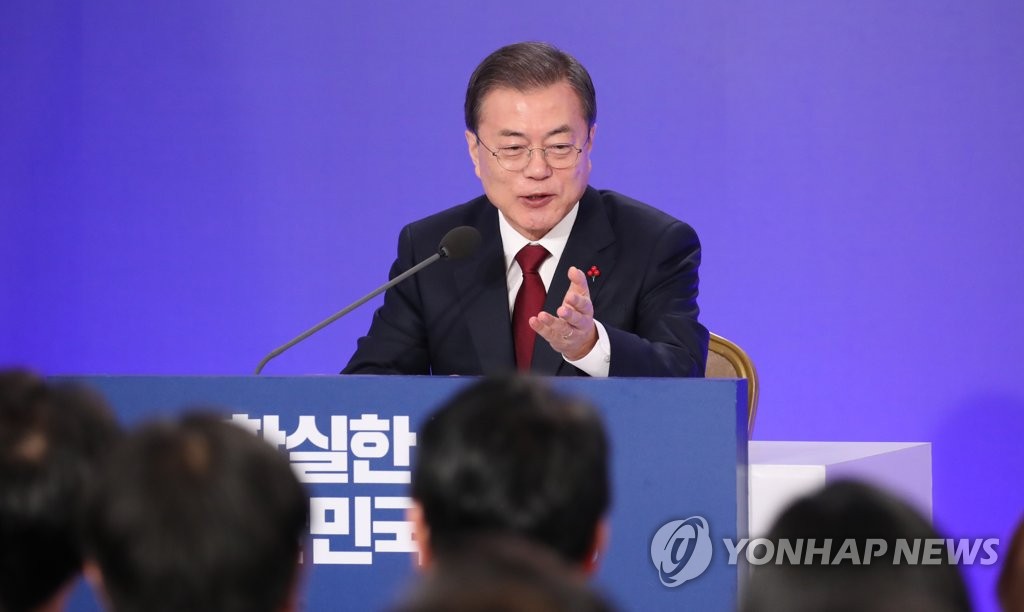 (LEAD) Moon says it's early to be pessimistic about dialogue with N. Korea

(LEAD) Moon says it's early to be pessimistic about dialogue with N. Korea