In 2020, the German luxury carmaker plans to launch nine new and six facelifted models, including ones from sub-brands EQ, Mercedes-AMG and Mercedes-Maybach, to cement its leading status here, the company said in a statement.

It has achieved a stellar performance in South Korea since 2018, while its competitors such as BMW and Japanese brands have struggled with weak sales due, respectively, to the lingering impact of a series of engine fires, mainly in the BMW 520d sedan, and ongoing trade tensions with Japan.

In 2019, the company's sales jumped 10 percent to 78,133 vehicles from 70,798 units a year earlier helped by strong sales of the E-Class sedan. During the same period, overall imported vehicle sales fell 6.1 percent to 244,780 from 260,705, according to the Korea Automobile Importers and Distributors Association (KAIDA). 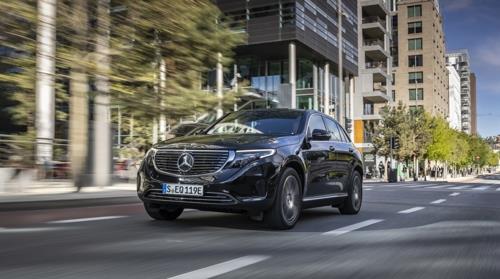