He pointed out that South Korean government officials, lawmakers and civic groups are making lots of efforts to resolve the problem and improve Seoul-Tokyo relations.

"South Korea's proposals are not the only resolution," he said in his New Year's press conference at Cheong Wa Dae.

The focus, however, should be placed on a way that will be supported by victims, he added.

He stressed his government is open to consultations with Japan.

He also voiced hope that this year's Tokyo Olympics will serve as a chance to facilitate peace on the Korean Peninsula.

The president said South Korea will cooperate with Japan to that end. 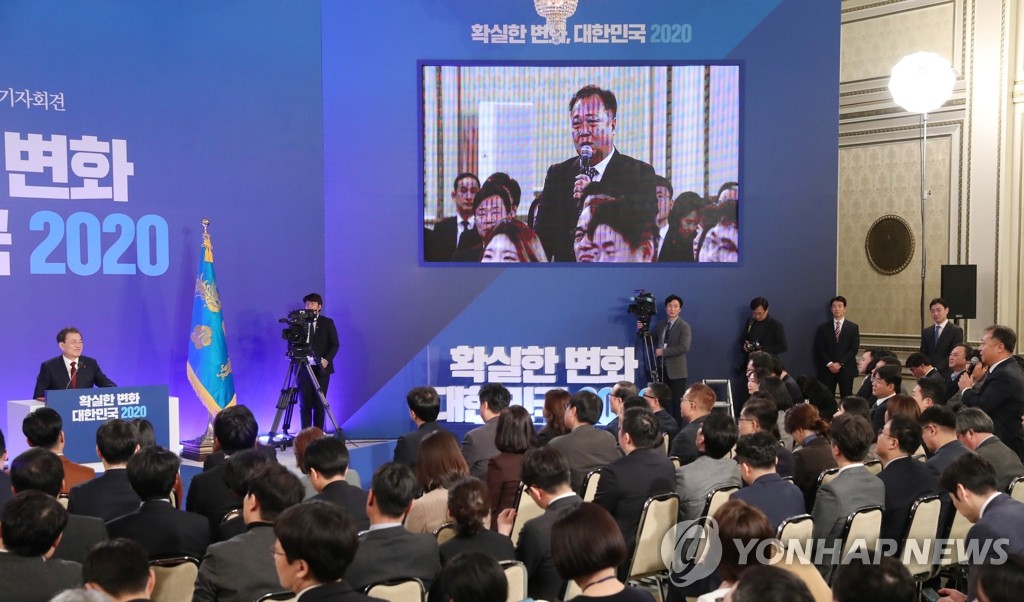