Moon is scheduled to give him a letter of appointment in a Cheong Wa Dae ceremony slated to open at 2:30 p.m.

Chung, a former National Assembly speaker and ruling party leader, will be sworn in at a separate event starting at 4:30 p.m. at the main government office complex in Gwanghwamun, central Seoul.

In his press conference earlier Tuesday, Moon said he would grant the prime minister a greater administrative role and authority.

On Monday night, the National Assembly passed the confirmation motion for Chung during a plenary session although lawmakers with the main opposition Liberty Korea Party voted to reject it.

Chung led the National Assembly for two years through the end of May 2018. 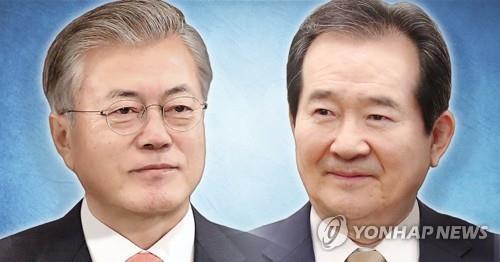