SEOUL, Jan. 14 (Yonhap) -- Hyundai Engineering and Construction Co., a major South Korean builder, said Tuesday it has clinched orders worth a combined 870 billion won (US$754 million) to build office buildings in Qatar and a sports center in Singapore.

Hyundai E&C said it has received a letter of award from Qatar's Lusail Real Estate Development Co. for a project to build two of four Lusail Plaza Towers, for 609 billion won.

The 65-story buildings, with an additional five underground floors, are part of the Lusail City Financial District located in the planned city of Lusail, which is currently under construction in Qatar.

The construction will be completed by the end of 2022, the company said.

Also the South Korean builder earlier clinched a deal valued at a similar amount to build office buildings in Qatar. 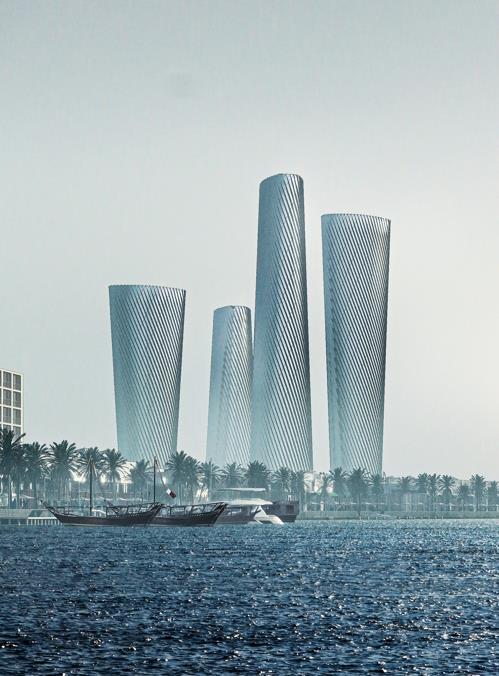 The planned city, located about 15 kilometers north of the capital city of Doha, encompasses an area of 38 square kilometers, including four islands.

Hyundai E&C has so far won orders worth $9.4 billion for 22 projects in Qatar since 1979, when the South Korean builder first clinched an order to build a hotel in the Persian Gulf state.

In a separate deal, Hyundai E&C also bagged a deal valued at 270 billion won to build a sports center in Singapore, with its stake in the project valued at 190 billion won.