RANGSIT, Thailand, Jan. 14 (Yonhap) -- Two consecutive wins by South Korea at the ongoing Olympic men's football qualifying tournament have made a confident coach out of Kim Hak-bum -- not that he ever lacked confidence in the first place.

South Korea have defeated China and Iran in succession to lock down a quarterfinals berth at the Asian Football Confederation (AFC) U-23 Championship in Thailand. Their final Group C match will be against Uzbekistan on Wednesday in Rangsit, and South Korea will finish no worse than second place in the group regardless of Wednesday's result. 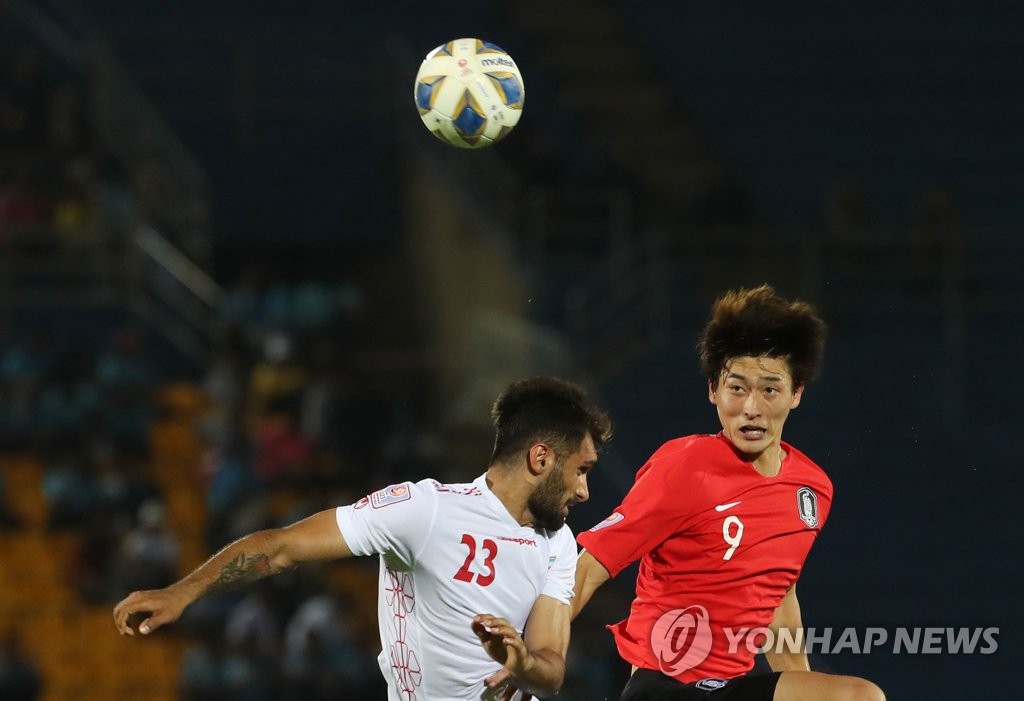 This AFC competition is also the Asian qualifying event for the 2020 Tokyo Olympics, with the top three nations to compete in Japan this summer. South Korea are eyeing their ninth consecutive Olympic appearance.

The coach said Tuesday that advance scouting and preparations for all three group opponents were long finished. He added that his team is firing on all cylinders, physically and tactically, and that it is now just a matter of giving his young players match experience as the tournament progresses.

"Some guys are playing at an international tournament for the first time, and there are players who've never made the national team in any age group until this one," Kim said. "They could get rattled in big moments."

To compensate for the lack of international experience, Kim said he wanted to ensure his young charges would be as prepared as they could be, both physically and mentally. Conditioning has always been a key part of Kim-coached squads, be it clubs or national teams. And if the first two wins are any indication, Kim has managed to erase the line between starters and reserves, with virtually any player able to step right into the starting lineup. 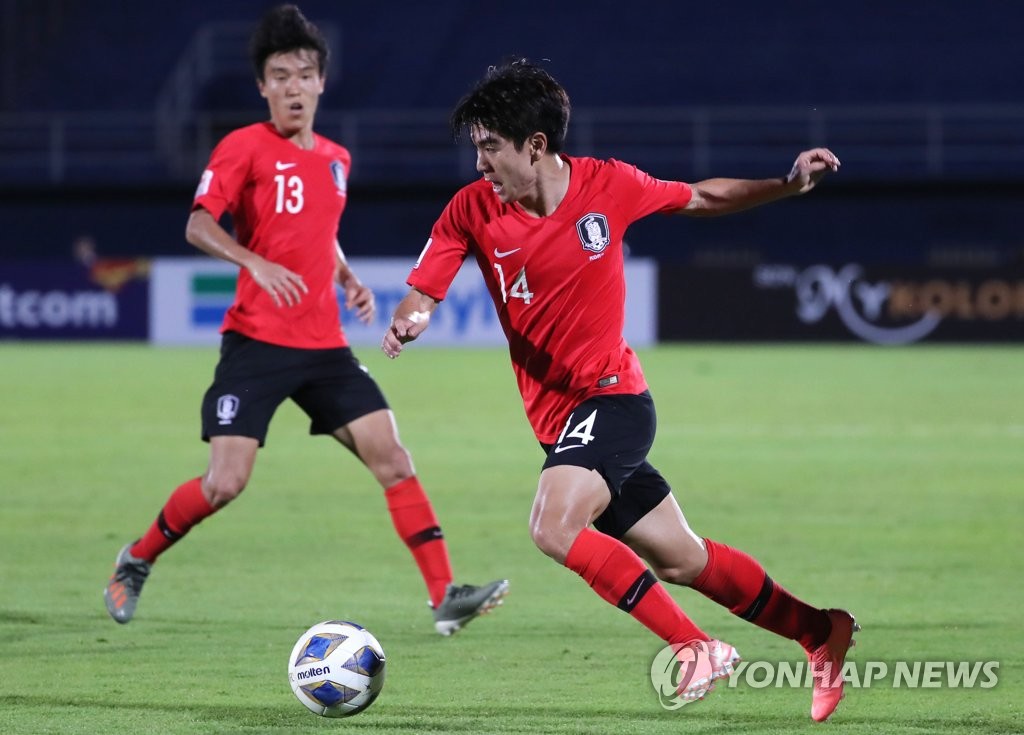 "We don't have a set starting XI," Kim said. "Anybody can be in the lineup. I just have to find the right combinations, based on the players' strengths."

With Kim's meticulous planning and the players' execution on the field, South Korea will face a relatively stress-free group finale on Wednesday. A win or a draw will give South Korea the top seed and set up a quarterfinals match against the Group D runner-up. A loss means second place for South Korea and a date with the Group D winner in the quarters.

South Korea won't have to rely on anyone's help to get through the group stage, just the way Kim likes it.

"Our goal before this tournament was to avoid all those number-crunching scenarios," the coach said. "I know a lot of the national teams before us have had to do that, and we wanted to avoid it." 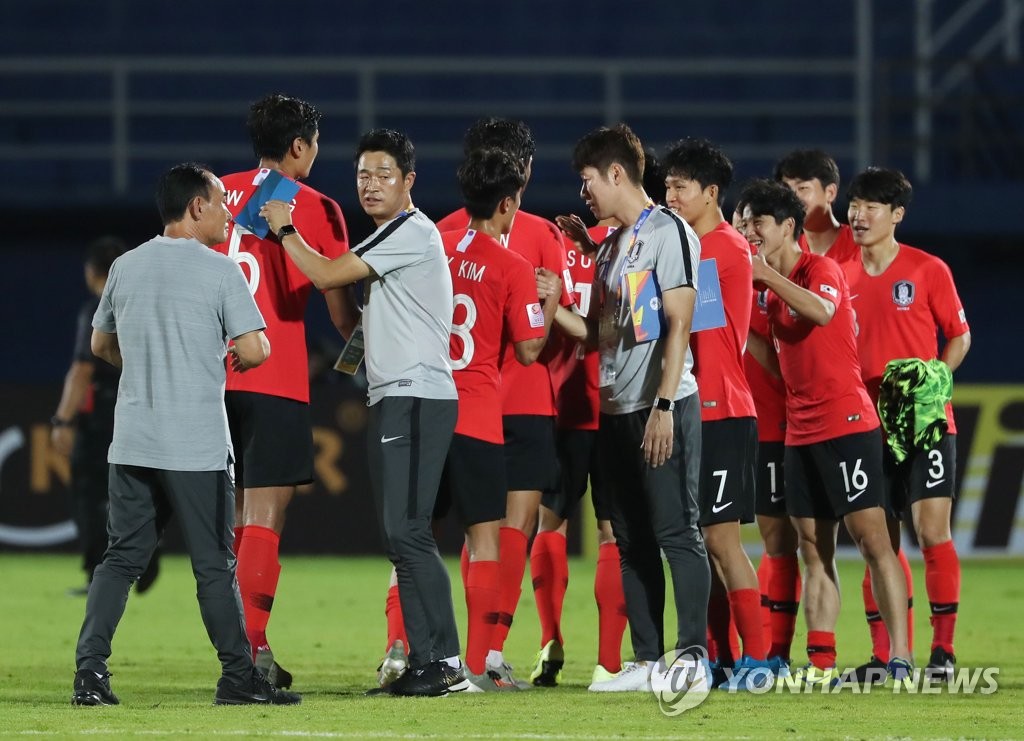