Moon made the remarks in his press conference for the new year earlier in the day, a day after South Korea reported a rare gain in exports for the first 10 days of the month. "Since December last year, there have been signs that exports are improving," Moon said. "Also this month, exports rose 5.3 percent in the first 10 days."

Moon stopped short of predicting that exports may rise or fall in January but said he is confident that the average daily exports would increase this month. 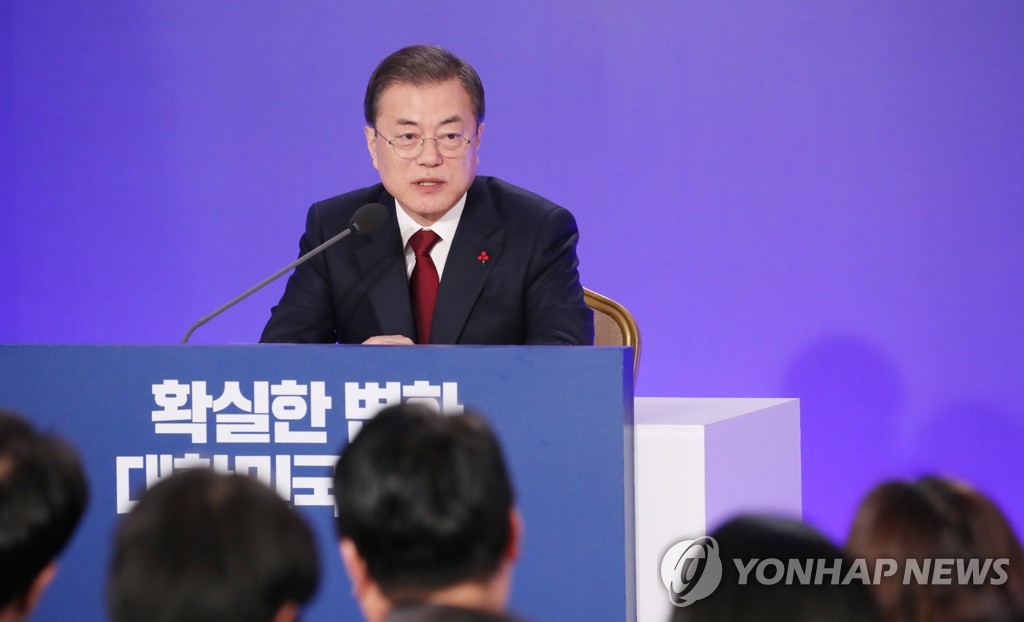 The economy, Asia's fourth-largest, is expected to grow 2.4 percent this year, following last year's estimated 2 percent expansion, on the back of an anticipated recovery in the memory chip sector and a series of policy measures.

Moon has put his top economic priority on achieving the growth target by further strengthening innovation and helping the economy run more vigorously.

Controversy has been growing over the government's innovation-led growth plans since a National Assembly committee passed a revised bill that would significantly restrict the business of ride-hailing operator Tada.

Tada, the Korean word for "ride," was launched in October 2018 and has rapidly grown to become Korea's leading ride-offering service. It offers ride-hailing services with rented vans.

The revised bill prevents companies from offering paid ride-sharing services with rented vans that have a seating capacity of 11 to 15 passengers. 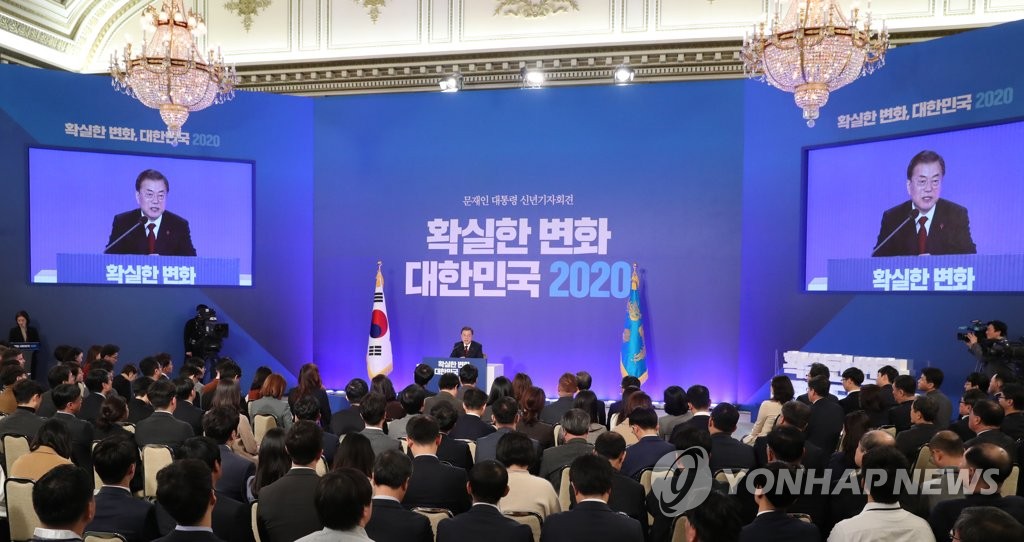 Moon said the government would launch a "social body" to resolve the issue of Tada.

On the property market, Moon stepped up his commitment to stabilize home prices in Seoul and its neighboring areas, warning that the government would unveil an "endless" set of tougher measures unless home prices show signs of stabilization.

In his address for 2020, Moon said the government "remains firmly committed to stabilizing the real estate market, protecting genuine owner-occupants and curbing speculation."

"We will never lose the war against real estate speculation. At the same time, by expanding the housing supply as planned, we will see to it that the residential stability of newlyweds, those living alone and other average citizens is safeguarded," Moon said.