Earlier in the day, Moon said inter-Korean cooperation could help drum up international support for sanctions relief for North Korea. He also saw no need to be pessimistic about the future of stalled nuclear talks between the North and the United States.

Moon urged the prosecution's internal reform so as to regain the people's trust following a row over the government's replacement of senior prosecutors looking into scandals involving former and sitting presidential officials.

"Moon moved a step closer to the people by frankly answering questions, based on his deep understanding of overall state affairs," said Rep. Lee Jae-jung, spokesperson of the DP, assessing that Moon held "extensive dialogue" on many pending issues.

She said the party is on the same page with Moon's commitment to making a better world for the people through reform drives.

But the conservative LKP condemned Moon for his reluctance to recognize his policy failures. It claimed that Moon blamed the National Assembly for causing political impasses and the media for amplifying economic problems.

"Moreover, he shifted responsibility for the Cho Kuk scandal to the people," LKP spokesman Lee Chang-soo said, referring to public divisions over the prosecution's investigation into wrongdoings involving the family of ex-Justice Minister Cho.

Moon said he owes a "debt in heart" to Cho and asked the people to stop conflicts over him. Social rifts have deepened over whether Cho was qualified to be justice minister.

The minor opposition Bareunmirae Party criticized Moon for being too generous to himself over policy failures on the economy and security fronts.

The minor liberal Party for Democracy and Peace positively assessed Moon's press conference but voiced regret over his failure to present policy options to issues such as economic polarization. 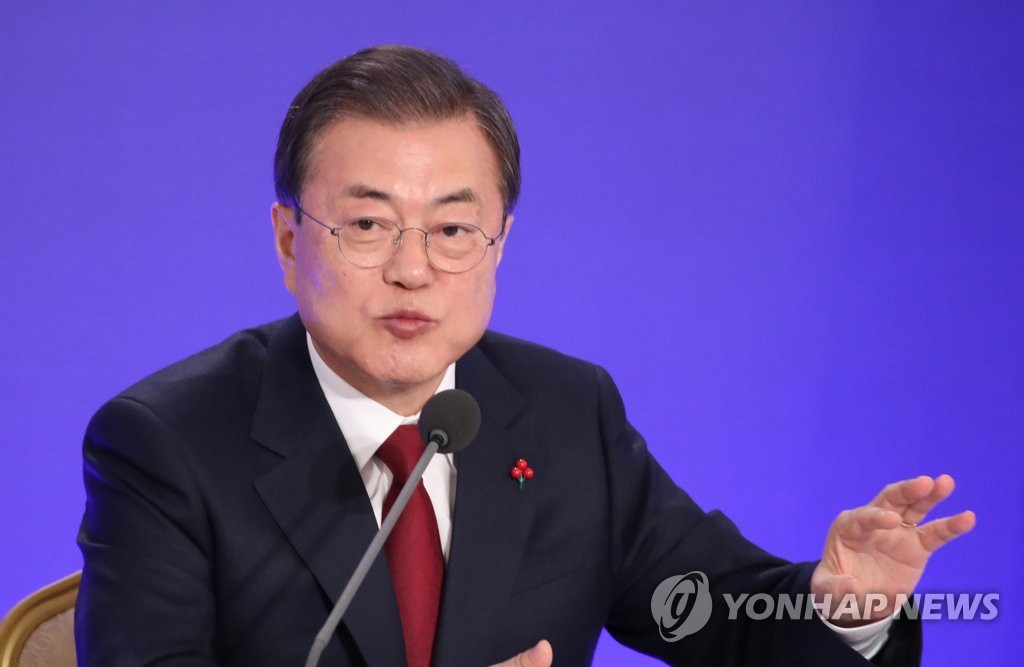