The export price index, in terms of Korean won, came to 97.54 in the month, up 0.8 percent from revised 96.74 in November, according to preliminary data from the Bank of Korea (BOK).

However, it comes largely on the weakening of the won against the U.S. dollar that pushed up prices in terms of the local currency. 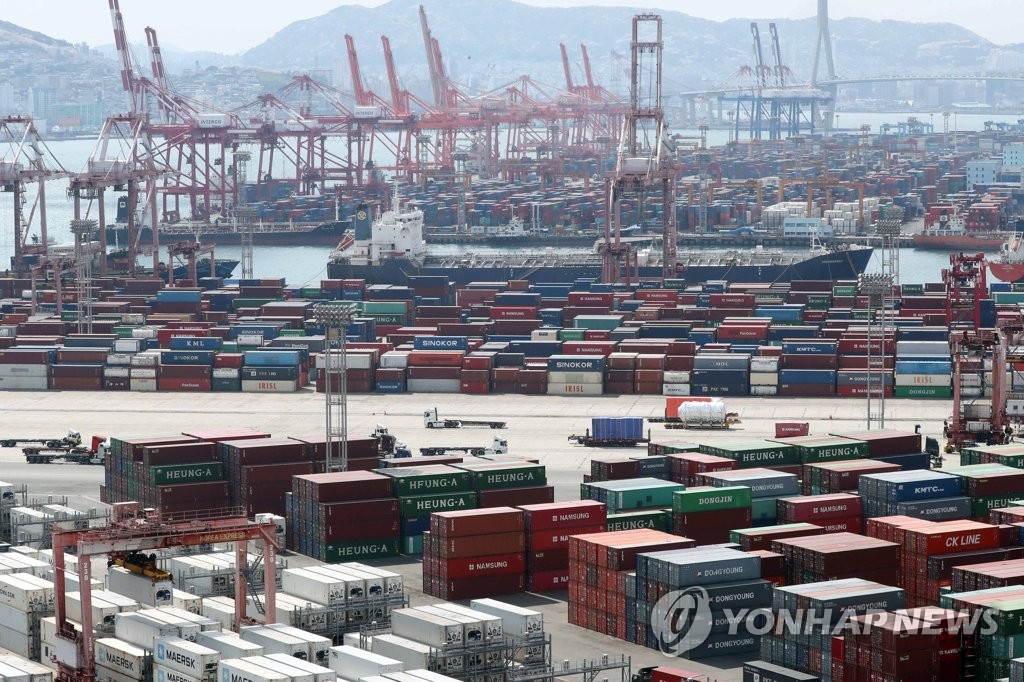 The export price index, in terms of foreign currencies, gained only 0.1 percent from the month earlier in December.

Also from a year earlier, the index, even in terms of Korean won, plunged 3.1 percent.

A dip in global prices, especially for semiconductors, has widely been blamed for a steady decline in South Korea's exports, which have dropped for 13 consecutive months since December 2018.

In December, the export price index for manufactured goods again dropped 3.0 percent from a year before while that of agricultural products plunged 5.8 percent on-year.