SEOUL, Jan. 14 (Yonhap) -- K-pop stars BTS on Tuesday launched a series of art exhibitions in collaboration with 22 contemporary artists from around the world ahead of the release of its new album next month.

The project called Connect. BTS will show artworks that "resonate with the BTS philosophy" of love, connection and diversity in London, Berlin, Buenos Aires, Seoul and New York for three months, according to the project's website. 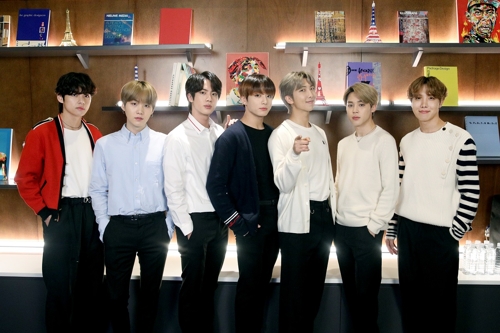 The show is set to open in Berlin on Wednesday, in Buenos Aires next Tuesday, in Seoul on Jan. 28 and in New York on Feb. 4.

"This project aims to redefine the relationships between art and music, the material and immaterial, artists and their audiences, artists and artists, and theory and practice," the website said.