WASHINGTON, Jan. 14 (Yonhap) -- U.S. Secretary of State Mike Pompeo said he remains hopeful that North Korea will give up its nuclear weapons program, claiming the United States does not pose a security risk to the regime.

Pompeo made the remarks Monday while speaking to Silicon Valley businesses in San Francisco, saying Washington remains in communication with Pyongyang to try to persuade the regime to denuclearize. 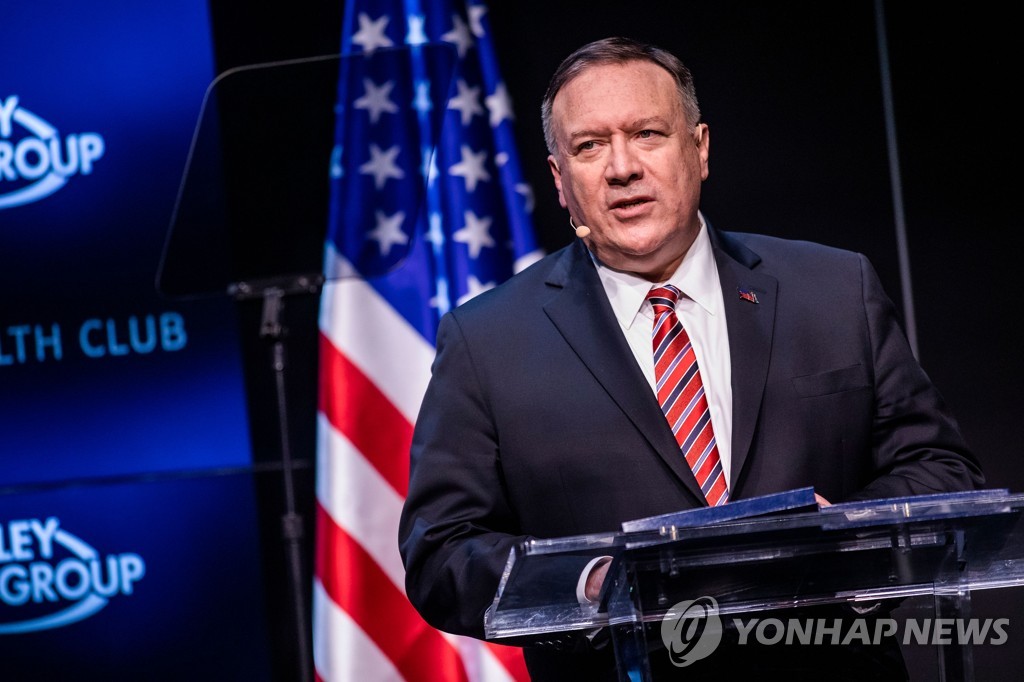 Denuclearization talks between the two countries have stalled since a February 2019 summit between U.S. President Donald Trump and North Korean leader Kim Jong-un ended without a deal.

The U.S. insists that the North take significant denuclearization steps before it offers sanctions relief and security guarantees, a demand Pyongyang has dismissed out of hand as a demonstration of Washington's "hostile policy" toward the regime.

"The weapons systems that they have do pose a real risk. America doesn't pose a security risk to the North Koreans," Pompeo said. "We want a brighter future for them. And if we can get the right arrangement, if we can get the sequence right, and we can have serious conversations about it, I still hold out hope that we can convince Chairman Kim to move away from the nuclear weapons as their great wall of protection and convince them that there is a brighter, even more secure posture that they can have without those nuclear weapons ... I hope we have a successful 2020."

"I want to talk to them about how we're going to approach the next months, what the opportunities are for continued negotiation and conversations," he said, emphasizing that China's role in the denuclearization efforts will also be discussed.

The top American diplomat added that he hopes to address the ongoing tensions between South Korea and Japan over shared history and trade.