In particular, the employment rate for people aged between 15 and 64 rose to 60.8 percent last year, marking the highest figure since 1982.

Still, the job additions were led by part-time workers with the help of the government's drive to create more jobs. 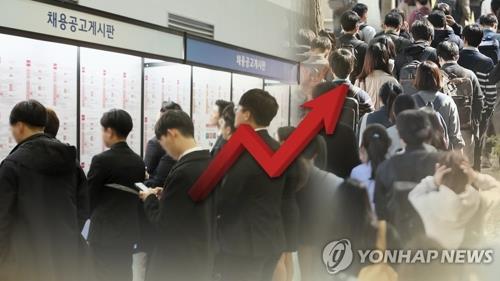 In a statement, the finance ministry said job markets significantly improved in December, despite a slight decline in the economically active population.

"The government will spare no efforts this year to improve employment conditions by revitalizing the economy," it said.