WASHINGTON, Jan. 14 (Yonhap) -- South Korea and the United States opened a new round of talks Tuesday on sharing the cost of the upkeep of 28,500 American troops stationed on the Korean Peninsula.

The two teams, led by Jeong Eun-bo on the South Korean side and James DeHart on the U.S. side, met in Washington for the sixth round of negotiations on renewing the countries' Special Measures Agreement.

Details of their discussions were not immediately available as both sides kept the negotiations tightly under wraps.

Washington has demanded a significant increase in Seoul's financial contributions this year, along with additional cost categories, including payments for rotational troop deployments to the peninsula.

South Korea has maintained that the negotiations should proceed within the framework of the previous SMA, which expired at the end of December.

The two sides are slated to continue talks Wednesday. 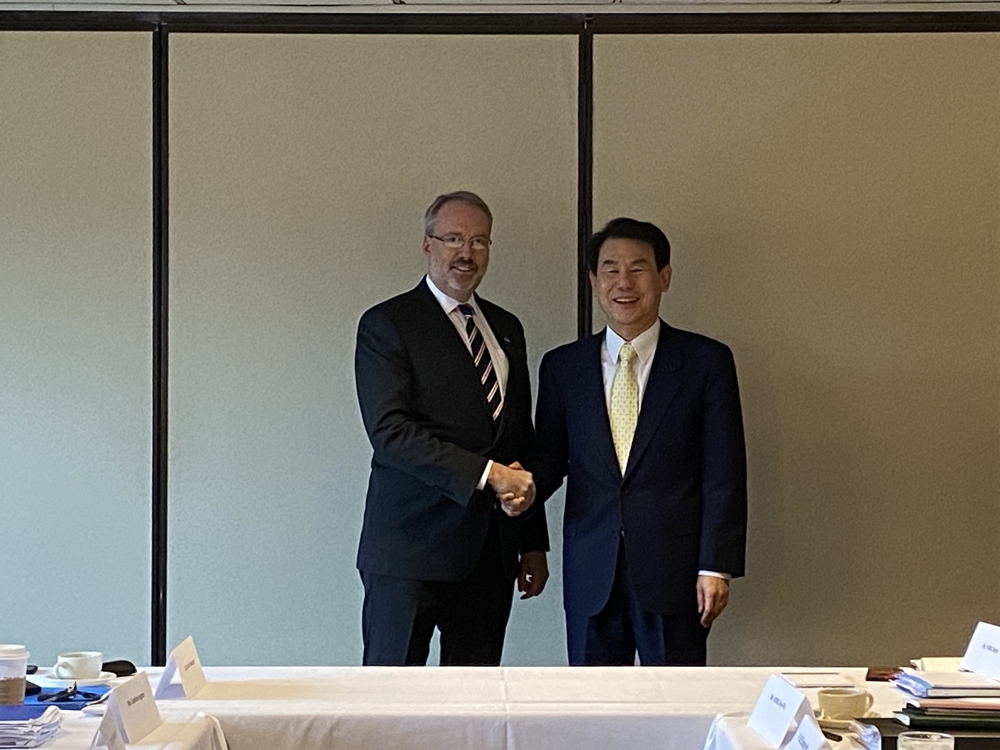