Esper made the remark during talks with Japanese Defense Minister Taro Kono at the Pentagon, saying the leaders' joint statement from their first summit in Singapore in June 2018 "includes the complete elimination of (North Korea's) weapons of mass destruction, their means of production, and their means of delivery," the Pentagon said in a readout.

The Pentagon's description of the joint statement goes beyond what was actually written and it's unclear why such details were added.

The text reads that "the DPRK commits to work toward complete denuclearization of the Korean Peninsula." DPRK stands for North Korea's official name, the Democratic People's Republic of Korea.

Esper's remark comes as the implementation of the agreement has stalled amid North Korean demands for sanctions relief and security guarantees in exchange for its denuclearization. 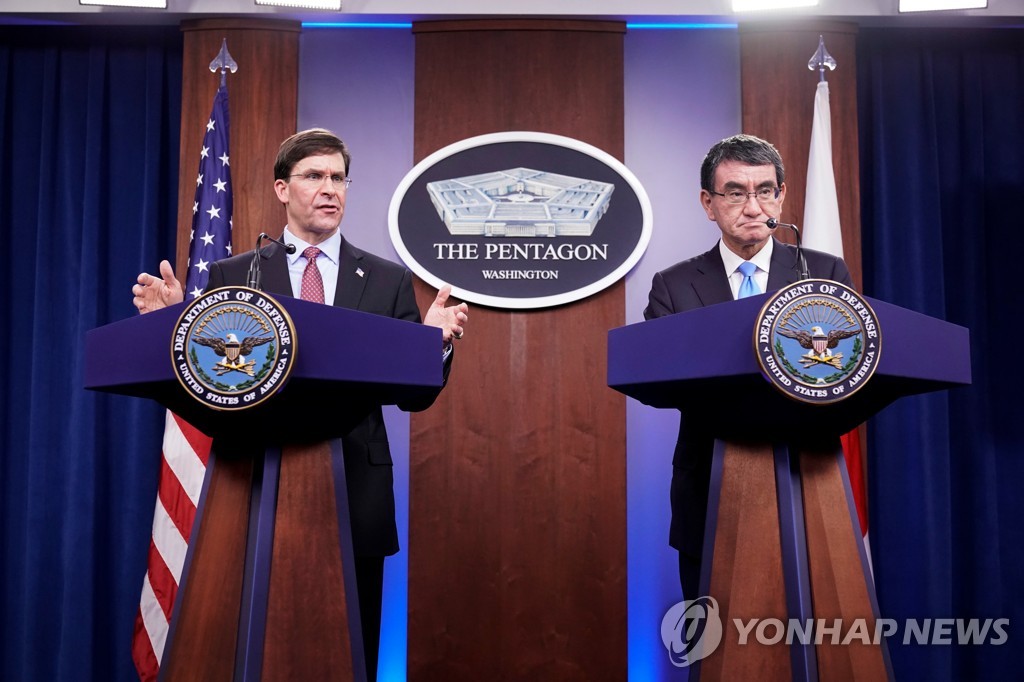